Start a Doc in Nevada

Notice of Nonresponsibility in the state of NV

How can a Notice of Nonresponsibility be countered by the contractor?

Can I file mechanics lien?

I was a project manager on a large 18 month build of an apartment complex for a General Contractor. One day about two weeks prior to Project completion, one of the owners showed up and said he didn’t want to pay anyone anymore and told everyone to leave. I have a signed...

Do I create a new project/new liens?

The owner on an existing commercial project we are working on as the architect/engineer has changed, and we are now working for a company that is in escrow to buy the property - this is a new scope of work. Would it be best to create a new project, and send new...

Had work done in my backyard contractor over charged, I talked to him he came down on invoice I agreed told him send me a new invoice and I will pay the full amount, this was back on 12/28/2020 how long does he have to collect.

Last year, a lien was filed on a Nevada project which we received partial payment for. We submitted a full release for the project, and because we are still awaiting the rest of the payment, we are now needing to file a new lien. Is it required to file a notice all... 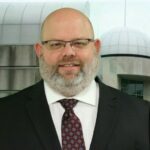 What You Need To Know About Construction Payment in Nevada

This page helps you find answers to all of your questions about construction payment in Nevada. Learn how documents such as pay applications, notices, contracts, lien waivers, mechanics liens, and more fit into Nevada ‘s construction payment process. Select a document to learn more about how it applies to construction projects in Nevada and to see your specific requirements.

Need help figuring out what document you need? Take a quick quiz and find out what the Nevada requirements say you need to send next.

Need help understanding your options to get paid or get paid faster in Nevada? Use this tool to understand all of your options, including your lien rights options, and the timeframes and steps involved.

Payment on Nevada construction projects can be complicated. Read recent questions and answers about issues that come up when trying to get paid or make payment in Nevada.