The following question pops up frequently on construction projects: “Can I file a lien even though I don’t have a written contract?” And, as with most of the questions we get about mechanics lien rights, the answer is: it depends.

Handshakes and verbal agreements are common in the construction industry, but finding answers on how lien rights apply to contracts that are not written and signed can be a challenge. We’ve collected the relevant information from all 50 states’ mechanic’s lien statutes and compiled it here to make this question easier to answer.

First things first: Who can file a mechanics lien?

This question comes from property owners and construction professionals alike. Owners want to know if a contractor, subcontractor, or supplier has the right to file a lien — especially when someone they’ve never heard of filed a lien on their property! Construction pros want to know their recourse options if they’re having trouble collecting payment.

The basic rule is that anyone who provides labor or materials to a permanent improvement on real property has the right to file a lien. Of course, rules are made to be broken — and this rule doesn’t apply in all situations.

But that begs the question: What constitutes a valid contract for the purpose of filing a mechanics lien?

Mechanics lien rules vary widely from one state to the next, so it’s necessary to understand your state’s lien laws in order to secure your lien rights. When it comes to whether construction contracts must be in writing or not to qualify for lien rights, some states strictly require a signed contract, while others are more flexible.

States typically fall into one of the following 4 categories when it comes to improvement contracts and lien rights:

The maps and discussion below provide a general guide as to whether a contract type affects mechanics lien rights for contractors, suppliers, and other construction parties.

Most states don’t require a written contract for lien rights

In most states (37 of them), contractors and suppliers are generally allowed to file a lien even if they don’t have a written contract. In other words, the contractor could be working off on a verbal agreement, and yet still have the ability to file a lien claim.

Even though these states may permit a construction business to claim a mechanics lien even without a written contract, it is best practice to have a signed written contract for work provided. Documentation is crucial in the construction industry, and many times, what a party has documented is more important than what actually happened!

These statutes typically use language like “for the specific contract or agreed upon change” (New Mexico) and “contract means an agreement that provides for all or part of a work or improvement” (California) to describe contracts, and do not explicitly require that contracts must be written.

However, as explored with a situation in Ohio, not having a written contract can really clutter issues and create a sticky mechanics lien dispute.

These states typically permit parties with verbal, oral, or even implied contracts to claim lien rights. Be sure you familiarize yourself with the specific rules in the state you’re working in. Click on your state in the list to view each mechanics lien statute in full.

In these states, a written contract between the party providing work and the hiring party is an absolute necessity in order to secure lien rights. Contractors, suppliers, and other parties can only claim a mechanics lien for funds mentioned in written contracts. If it’s not in writing…then you don’t have lien rights! Simple as that. Here are the states that require a written contract to file a lien:

*In New York, failure to have a written contract on a home improvement project may block the ability to enforce a filed lien.

**In Texas, the prime contractor must have a written contract with the owner(s) in order for anyone on the project (contractors, subs, suppliers, etc.) to file a mechanics lien against residential homestead projects. Further, architects, engineers, surveyors, and landscapers need to have written contracts for all projects.

Texas rules for mechanics liens and notices are subject to major changes in 2022.

The information on this page has already been updated to reflect the new rules.

Some state laws don’t make this question easy because they aren’t specific about whether or not contracts must be written in order for a contractor or supplier to file a lien. Oral contracts are typically valid so long as they adhere to the state’s rules on contracts, but companies should consult with a lawyer if they questions about a specific situation and don’t have a clearly defined written contract.

Here are some example questions and answers about the “written contract” requirement in some of these states.

Can a subcontractor file a lien if they don’t have a contract with the owner?

This question was asked about a situation in Arizona, but the answer will apply everywhere!  Someone asked, Can a subcontractor file a lien in AZ…if he has no written contract? Can he file a lien if the single-family residence is occupied, and he has no contract with the homeowner?

A very similar question was asked about a Texas situation…and as we saw above, Texas does require contracts be in writing. However, presuming that the subcontractor on the project has a written contract with someone, they can still file a lien even if they don’t have a written agreement with the property owner.

See that question & answer here:  In the state of TX, can a subcontractor file a lien against an owner if there was no written or verbal agreement between the owner and the subcontractor?

Another important question that needs to be answered is what constitutes a “contract?” You have some stuff in writing, but is it actually a “contract?”  Where is the line drawn?

This is a common question and one that came up on our Expert Center when a material supplier asked, Do purchase orders count as a contract? To answer this question, the construction attorney went into the legal requirements to form a contract. These can be really sticky requirements, and it’s not always clear.  Ultimately, the answer concluded, a purchase order may ultimately create a contractual relationship between the parties if all the required elements are present.

So, even in states that require written contracts…something you have in writing may qualify for as the “contract,” even if it is not explicitly marked as a contract. As long as the essential requirements for a contract are met, even a string of text messages could potentially result in a binding contract.

What if extra work or changes aren’t in writing?

Another common question that arises in this “written contract” category is about changes to the work. It’s super common that changes to the contract and to the work occur throughout the course of a construction job. And with the speed of construction, these changes frequently don’t get neatly documented.  Extra work will get approved orally, or a change may be demanded without even agreement!  What happens then? Do change orders need to be writing for lien rights, too?

This came up on our Ask an Expert Center with this question related to a Texas project:  Can I file a lien on extra work for which I don’t have written authorization?

The answer provided, and the general answer to provide is that if the written contract requirement is satisfied and there is a written contract in place, changes and authorized work may still be subject to a lien, even though a second contract wasn’t executed.  The changes themselves, in other words, are actually done under and within the original contract.

Don’t chance it: Get the contract in writing

It’s always a good idea to get a written contract to ensure a smooth payment process and to minimize risk. Regardless, in several states, oral agreements (or even implied ones) are more than sufficient to secure lien rights. This article is meant to give a general overview of the requirements as a jumping-off point for those curious about whether or not it is necessary to have a written contract in order to secure mechanics lien rights.

Article Name
Can You File a Lien Without a Written Contract?
Description
Can a lien be filed without a written contract? This post explains when verbal agreements are enough, when it must be in writing, and when it's unclear!
Author
Scott Wolfe, Jr.
Publisher Name
Levelset
Publisher Logo

Was this article helpful?
1 out of 2 people found this helpful
You voted . Change your answer.
Get construction financial news you can use delivered straight to your inbox 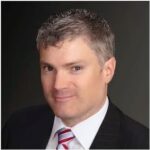 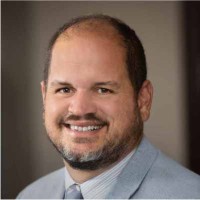 Who Can File a Mechanics Lien?

The ability to file a mechanics lien is one of the most powerful tools in the construction industry. A valid,...

How To Remove a Lien

If you have a lien on your property or a project that you’re managing, you’re probably feeling the pressure. Financing...

Many states require preliminary notices to be sent at the beginning of work to preserve a claimant’s future lien rights....

Last week, someone in Oregon posted a question on Avvo.com inquiring whether a mechanics lien can be filed against a...

Knowing When Your Lien Period Begins

A mechanics lien is an incredibly effective tool to help contractors get paid. However, while every state has laws granting...

Earlier this week someone asked a question on Avvo.com about whether a mechanics lien would be effective if filed after...