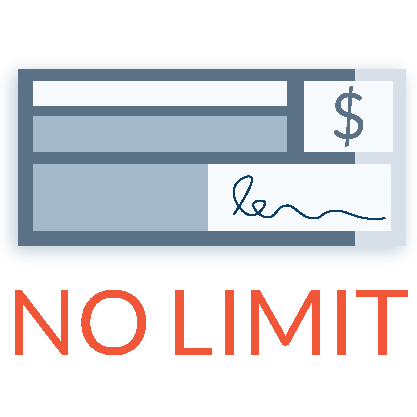 In Delaware, contractors and owners do not need to hold retainage funds in a separate escrow account.

Retainage cannot exceed 5% of the value of work completed by a contractor.

Upon completion of the project, 60% of the withheld retainage may be released. The remaining amounts may be released after submittal (by contractor) of all required reports, all subcontractors are paid, and the public entity authorizing the release.<br />

Retainage serves two general purposes: (1) To provide an incentive to the contractor or subcontractor to complete the project; and (2) To give the owner some protection against problems like liens, contractual defaults, delays, and more.  In most states, laws exist to regulate how the parties use the retainage concept, mostly protecting some parties against abuse of the tool from others. The following are resources, legal information, and frequently asked questions about Delaware retainage requirements. The Delaware retainage statutes are reproduced below on this page.

Does Delaware limit the amount of retainage that can be withheld from a contractor?

How long can a party withhold retainage in Delaware?

Does Delaware require retained funds be deposited in a special account? Can securities be substituted for retainage?

How can I make a claim to recover retainage in Delaware?

Is there a specific notice required to recover retainage in Delaware?

Does Delaware limit the amount of retainage that can be withheld from a contractor?

How long can a party withhold retainage in Delaware?

After all elements are satisfied, the agency must pay the contractor within 60 days of completion or within 30 days of final approval or certification by the federal agency. Any retention held for longer than 60 days requires a specific written finding by the agency of the reason(s) for the delay. This notice should be sent to the contractor within 10 days of completion of the project of within 10 days of the required federal agency’s approval. After the 60 day period, only 150% of the necessary amount to pay expenses the agency reasonably expects to incur.

Contractor says I have to pay interest after 30 days. Our contact does not say anything about interest can he do this?

I&rsquo;m holding 10% due to bad work which he said months ago he would correct before he sent his final bill and I&rsquo;m positive he has no intention to do at this time.

How can I get my money back for incomplete job?

My contractor has not completed the job after a year. He actually owes us at this point. Are we allowed to retain property. We live in delaware

How to file a lien in Delaware

Getting informed about prompt payment laws is important. An examination of Delaware’s retainage laws, the rules and regulations related to the amount and timing of allowable retained payments, is important to know your rights and responsibilities as a party on a construction project. Delaware’s specific laws can be found in: Del. Code Ann. tit. 29, § 6516(3), 29, § 6962(c)(5), 29 § 6962(d)(5). and are reproduced below.

Delaware does not provide a retainage statute for private projects.

(3) The retainage, as allowed by § 6962(d)(5) of this title, shall be retained by the agency as a guarantee for complete performance of the contract, to be paid to the contractor within 60 days after completion or filing notice of completion of the contract or within 30 days of a required federal agency’s final approval or certification. Retention of payments by an agency longer than 60 days after final completion and acceptance requires a specific written finding by the agency of the reasons justifying the delay in payment. Such written finding shall be furnished by the agency within 10 days after completion or filing notice to the contractor or within 10 days of the required federal agency’s final approval or certification. No agency may retain any moneys after 60 days in an amount exceeding 150% of the necessary amount to pay the expenses the agency reasonably expects to incur in order to pay or discharge the expenses determined by the agency in the finding justifying the retention of moneys.

1. A trade(s) or work classification(s); and

2. The maximum contract dollar value for which the contractor subcontractor may submit a bid.

To effectuate these requirements of the prequalification process, the Office shall develop rules and regulations for assigning classifications and maximum dollar limits.

b. The classification shall be made, or prequalification may be denied, and notice thereof shall be sent to the contractor or subcontractor within 5 days of the determination made pursuant to paragraph (c)(5)a. of this section by registered or certified mail or other legally valid methods. Notice of prequalification classification or denial shall also be sent to the contracting agency if said agency is not the Office.

a) Authority to withhold contract retainage.

A. All reports required of the contract are received;

C. Final payment is authorized by the agency.

6. All costs of depositing and maintaining securities as provided for in this section shall be borne by the contractor.

7. No agency shall have any duty to invest monies being retained by it from a contractor under a public works contract in any interest bearing account or to establish any procedures or mechanisms for any such investment.

8. Notwithstanding any other provisions of this section, any contracting agency may deny the contractor on any public works contract permission to substitute securities for monies being held as retainages. This action shall be taken only for good cause and when the agency deems it to be in the best interest of the contracting agency. Written notice shall be given to the contractor and a hearing shall be held by the agency showing cause for such denial if requested in writing by the contractor. Denial of such substitution shall be for a stated period of time, not to exceed a period of 3 years, and shall continue until the end of the stated time period, or until the contractor has successfully completed all outstanding public works contracts without forfeiting any part of the retainage held by the agency, whichever occurs first.