In our article, “What is Percentage of Completion Project Accounting,” we used 2 terms – overbilling and underbilling –  that we had not written about before, though both concepts are probably well known to construction industry accounting professionals. Since the rest of us aren’t as familiar with these terms, we wanted to take the opportunity to discuss them further. Both overbilling and underbilling occur primarily on projects with extended timelines that have some form of incremental – or progress – billings prescribed in the project contract.

Overbilling occurs when a contractor bills for contracted labor and materials prior to that work actually being completed. For example, during a billing cycle, a contractor completes 20% of a project but bills their customer for 30%. That extra 10% is the overbilled amount.

The Positive Side of Overbilling

In general, some amount of overbilling can be a good thing, especially in the construction industry which is notorious for slow payment. Through the practice of overbilling, a contractor can try to stay ahead of the project cash flow, thereby helping to offset the potential negative impact to cash flow caused by a late-paying customer. Though exact statistics are difficult to come by, many contractors will attempt to overbill on their projects if it’s possible, especially if they’re dealing with a customer that is slow paying.

The Risks of Overbilling

Contractors need to be careful however, because significant overbilling can become a problem and may lead to a scenario called “job borrow“ (also know as “running out of billing”).  A company will have a job borrow scenario when, during the course of a project when an extended timeline, the company has gotten so far ahead on their progress billings that the estimated cash costs to complete the project exceed the amount of money remaining on the project still to be billed.

Here’s an example to better illustrate the job borrow concept:

Overbilling is only a problem when a contractor doesn’t realize that they’ve overbilled on a project and ends up blindsided towards the end of the project, forced to get through a period of negative cash flow in order to finish the project. In the example above, ACME would be fine if the $10,000 they had overbilled their customer over the course of the was still sitting in the bank. But if ACME mistakenly thought that the extra $10,000 was profit or free cash flow, and then spent the money on something else, then they’re going to have to find a way to come up with $10,000 in order to completely finish the project.

The best construction companies often boast strong financial and accounting teams that keep up with project costs, progress, and cash flow on a daily basis, and not just at the end of the month or a project when it’s “time to close out the books.” Managed overbilling can be a useful component in a construction company’s financial toolbox to help mitigate the impact that the industry’s notoriously slow payment practices has on cash flow. The key is to make sure to keep track of exactly where you are regarding project costs, project progress, and project billings.

See: What Is a Schedule of Values? 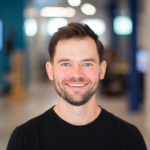 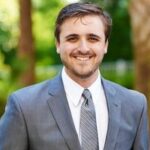 Looking to become licensed contractor to build homes privately with personal and partner investing, to then sell.

I am interested in getting my contractor license in Louisiana. Growing up, my father always flipped and often built homes with a contractor friend of his and sold those homes as he is a real estate broker. I’m a realtor now too, as well as a full time...

In doing our tax return filing, I've noticed some discrepancies between the 1099s sent to our subs versus our executed subcontract amounts (some of which lacked detail and formality to begin with). If anyone has a recommendation for an external auditor familiar with construction accounting to look into...