Fill out the fields to download your free Alaska Mechanics Lien Release Form template that can be filled out with a PDF editor or by hand after printing. This template was created by construction attorneys to meet the requirements under Alaska’s mechanics lien laws.

Note: A lien release used to cancel or discharge a lien after it has been filed, in order to remove it from the property title. It should not be confused with Alaska’s Lien Waiver and Release forms, which are used to waive lien rights in exchange for payment. It’s important to understand the difference between lien waivers and releases.

Use this form to release or cancel a lien in Alaska

The Alaska Mechanics Lien Release Form is used to fully cancel a lien that has already been filed. It’s most often used to release a lien claim after a lien claimant receives payment in full to satisfy the debt. However, they may also be released based on settlements, legal controversies, because they expired, or for other reasons.

After completing the lien release form, it must be filed at the same Alaska recorder’s office where the original lien was recorded. Skip the hassle of sending a Alaska Lien Release yourself. 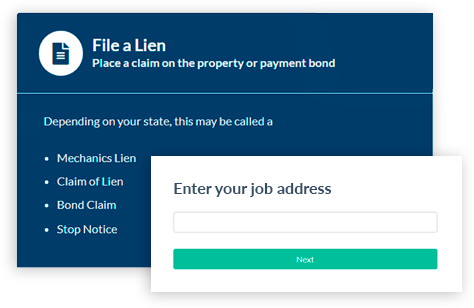 what can I do when someone files a false lien against me?

How do I have a lien extinguished by statute

I own a home in Fla. and git into it with the GC over shoddy work. He subsequently filed a mechanics lien through his attorney....

Property owner is requesting a release of lien for a small payment made a few weeks ago. We are currently awaiting a wire for the...

Do we send a signed lien release

Good aftenoon. A contractor that we do work with, we had to file 2 notice of intent's on yesterday. Today they told us that since...

How can we release an expired lien from our property in CO?

Our GC placed a mechanic's lien on our property in Colorado 1 year ago and has not taken any further action. We have not paid...

What rights does a homeowner have aginst mechanic liens

A contractor, who was fully paid for the service to a home, does not pay a subcontractor and now the sub is chasing the owner...