Construction is a complex, high-dollar industry. When you have a complicated contract with a lot of money on the line, it helps to have an experienced and knowledgeable construction attorney on your side when you face a legal dispute. Below is our list of the top construction lawyers in Seattle, Washington and around.

Construction law industry experts believe that about 10-30% of every construction project results in a legal claim attached to it. That alone should tell contractors just how valuable a construction attorney could be for their business.

Construction lawyers assist contractors during every phase of a project, from drafting or reviewing construction contracts to enforcing a mechanics lien claim when a contractor doesn’t get paid.

These attorneys on this list were selected based on the following criteria: 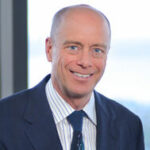 On top of that, Mark is a Trustee for the board of the Construction Law Section of the Washington State Bar Association. He is also a part of several professional associations, including: 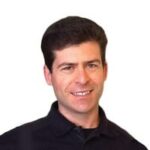 Seth Millstein handles litigation matters specifically in construction and real estate law. Based in Seattle, Seth is the founder and partner at Pillar Law. With his construction law practice, Seth specializes in construction contracts, mechanics liens, and public/private bonds. His service to contractors has earned him an Avvo.com Top Attorney award with a 10.0 rating. Seth has also been recognized by Super Lawyers as a top-rated Seattle construction attorney.

Using his 17 years of experience, Seth actively answers questions from contractors about the issues they face on a daily basis, like “When should you deliver a model disclosure statement?”

While assisting all parties of the construction industry, Allen handles bidding issues, contract drafting/negotiation, project performance, project disputes, project closeout, and warranty issues on transportation. He’s also been a member of ABA Forum on the Construction Industry Diversity Committee since 2012. 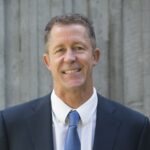 Dave von Beck has several areas of expertise, including construction defects, property insurance claims, general litigation, and real estate law. He has been admitted to practice in Washington since 1996 and in Oregon since 2003. Dave is a shareholder at Levy von Beck Comstock P.S. His firm has been recognized as “Best Construction Defect Litigation – Pacific Northwest” by U.S. Business News as part of that publication’s 2019 Legal Elite Awards.

His practice focuses on construction defect litigation, and he’s represented homeowners, condominium associations, and commercial building owners. Dave also has a number of legal recognitions, including: 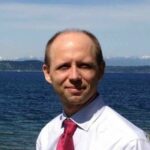 Eric Spiess is a staff counsel at DCI Engineers. He’s been a construction attorney for DCI Engineers since 2016. Eric has been practicing construction law for 10 years and has bar admissions in both Washington and California.

Eric received his B.S. from UCLA in 2001 and his J.D. from Loyola Law School in Los Angeles in 2010. Before joining DCI Engineers in Seattle, Eric worked with Gibbs Giden Locher Turner Senet & Wittbrodt LLP in Los Angeles as a contract attorney. 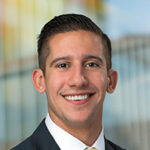 Geoff Palachuk was named to the 2019 Washington Super Lawyers list for his work in construction law and commercial litigation. He is an associate at LanePowell, where he’s become an experienced construction dispute resolution strategist. Geoff has counselled owners, GCs, lenders, and architects throughout his career.

Some of Geoff’s latest honors include being named a Diversity Scholar from the American Bar Association Forum on Construction Law in 2020, along being rated AV Preeminent in Martindale-HubbellPeer Review Ratings. Geoff earned his B.S. from the University of Oregon and his J.D. from Notre Dame Law School.

Geoff is a member of several community organizations, including the King County Bar Association Judiciary & Litigation Committee, Forum on Construction Law scholar with the American Bar Association, and a Fellow with the Microsoft & Hispanic National Bar Association IP Law Society.

John Leary is a senior counsel at Gordon Rees Scully Mansukhani. His practice is focused on construction law, emphasizing on claim preparation, litigation and dispute resolution for construction industry clients on public and private projects. John has represented owners, GCs, subs, and suppliers over the course of his career during mediation, arbitration, and litigation.

A graduate of UCLA, John later earned his J.D. from the University of Oregon School of Law in 1987. He has several bar admissions aside from Washington in California, Nevada, Utah, Idaho. 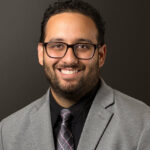 Kainui Smith is an associate attorney at Schwabe, Williamson & Wyatt. His focused industries are construction and real estate. Kainui has served as co-lead counsel in construction litigation and arbitration. He’s also negotiated a settlement agreement with an independent claims administrator related to a defective roofing product. Kainui’s practice specializes in litigation and resolution. He also writes articles on new legal updates in the construction industry.

Kainui holds bar admissions in both Washington and Hawaii. He earned his bachelor’s and juris doctorate degrees from the University of Hawai’i at Manoa. 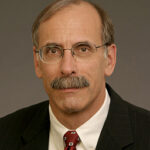 Richard O. Prentke is a partner at Perkins Coie in Seattle. He has more than 30 years of experience serving the construction industry. Richard has been named “Lawyer of the Year,” for Construction Litigation by Best Lawyers in 2020 and 2018. He’s also been listed in Chambers and Partners “America’s Leading Lawyers” in 2019.

He’s also provided advice on litigation of construction and has worked on public and private construction projects and programs across the nation. Richard is a mediator at the U.S. District Court, Western District of Washington and an arbitrator at the King County Superior Court. 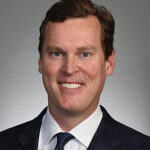 Andrew L. Greene is also a partner at Perkins Coie. He serves as the Firmwide Chair of Perkins Coie’s Construction Practice. The firm’s construction practice is ranked Tier 1 nationally for Construction Law in U.S. News “Best Lawyers and Law Firms” and Band 1 in Washington by Chambers and Partners.

Andrew was recognized as the 2020 “Construction Law Lawyer of the Year” for Washington by Best Lawyers. His practice has several focus areas, including litigation, construction law, government contracts, arbitration, and more. Andrew is also a member of the King County Bar Association and the Washington State School Construction Alliance. 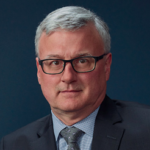 Traeger Machetanz is another award-winning construction lawyer in Seattle with his firm at DavisWrightTremaine LLP. He has been listed in Best Lawyers in America since 2006, and he’s also been selected to “Washington Super Lawyers.”

Get construction legal help in Seattle and beyond

As you can see, there is a tremendous amount of highly-qualified and capable construction lawyers around Seattle. Check out our Attorney Network to find even more lawyers in Seattle and other places around the country. You can also visit our Payment Help Center to ask a question for free and have it answered by a construction lawyer in your area. We hope this list has helped you orient yourself with the legal talent that’s available in the Seattle, Washington area.