Can’t File a Lien? Here Are Some Other Options For Recovery

Photo by Steve Johnson on Unsplash

Read on for a brief discussion of some of the options a claimant has if their mechanics lien claim is rejected.

Lien Rejected or Not Available? — You’ve Still Got Options

First, take a second and try to relax (or at least, take a deep breath — the point is to try to not let this setback overwhelm you). Not being able to utilize lien rights to recover a debt stinks, plain and simple. But it’s not the end of the world. Mechanics liens are a unique recovery tool available only to the construction industry. However, that just means that losing the ability to file a lien puts you in the same position as everyone else in some other industry who’s dealing with a payment issue. Now you’re going to know what it feels like to deal with a payment issue when you’re not lucky enough to be in the construction industry (with the mechanics lien process available to leverage).

If a valid mechanics lien really can’t be filed, there are still some other options available! Here are several options to try:

1. Send a Notice of Intent to Lien

Admittedly, this option has its limits. In states where a Notice of Intent to Lien is not a required document (which is the vast majority of states), a claimant can really send a Notice of Intent at any time. This document acts as a warning shot. It essentially states that “If I’m not paid what I am due, I’ll move forward and file a lien.”

Obviously, in a situation where your lien claim has just been rejected, sending a Notice of Intent may seem like a hollow threat. However, threatening a lien when it’s not necessarily a viable option can still be an effective way to prompt payment. Why? Because the potential ramifications of a lien claim are high, there can be some grey area when it comes to deadlines, and invalidly filed liens still create plenty of issues for a property owner and a GC. And most importantly, the parties that owe you the money (money that you’ve already earned) don’t necessarily know that your lien claim was rejected.

Remember — you’re not the bad guy here (as long as you did the work and rightfully earned the money). So don’t feel bad about being aggressive when it comes to trying to collect the money you’re owed!

Whether done internally or externally, sending a claim to collections can be effective, too. Gather up all of the relevant information to the debt and support your claim first, of course. It’s not an ideal way to do business, but most claimants can’t afford to go unpaid. At the end of the day, while there may be a negative connotation with sending a claim to collections, a claimant is only collecting what is already due to them. If an owner, contractor, or some other contracting party has a problem with it…well they should’ve paid their bill in the first place.

Here’s a pro tip: try sending the demand letter through an attorney — any letter sent on a law firm’s letterhead has a much greater chance of getting the recipient’s attention than just another letter or email from you.

Small claims court can be a mess. It’s risky and unpredictable, but it also provides access to the legal system without prohibitive attorney fees, as we describe in this post: “The first rule of small claims court is that there are no rules.” Thus, a claimant should probably assess other options before deciding on small claims court.

If you’re more adventurous (and perhaps seeking your 15 minutes of fame), you could also try Judge Judy.

Ready to bring in the big guns? If you’ve gone unpaid but have lost your lien rights for one reason or another – there’s still hope. But it will come at a cost and with plenty of risks. Regardless, a breach of contract claim, an unjust enrichment claim, prompt payment claims, and retainage claims could all work to get a claimant paid their due. Much like a lien, the threat of bringing suit can also go a long way. Careful, though – it might also make the dispute worse and could end up costing you a lot of money in the process.

Are you experiencing a payment issue on one of your projects? Are you having trouble filing a lien claim, or just like the scenario described above, have you filed a lien only to have your claim rejected?

No matter what your exact situation may be, if you’re having trouble getting paid, we might be able to help. At the very least, it’s certainly worth a phone call to see what we can do. To get in touch with us, click on the banner below and you’ll be able to talk to one of our construction payment experts. Hopefully, you’ll be able to join the thousands of others in the construction business that have used Levelset to help them get paid. 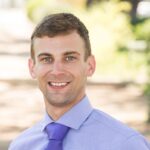 I am a GC/Subcontractor who did Restoration work in New York from 2014-2018. We followed AIA guidelines and the project was valued at well over $1M. The building's project manager passed away and they assumed new management in 2018. We were not paid our final installments and retainage,...

Can the builder halt completion by refusing to obtain Certificate of Occupancy, ordering final inspection, and paying impact fees? Essentially, can they hold the keys hostage and halt the project because we refuse to pay interest on a VA construction loan?

Once I receive a letter of intent, what would be my steps to protect the office work perform?

We received a letter of intent. We worked to get everything set up for that project. 3 days later the GC contacted us and let us know they are contracting someone else. What would be the best way to protect the work done for those days that the...