3 Ways to Deal with a Non-Performing Subcontractor | Subcontract Management

A nonperforming subcontractor can cause plenty of headaches and give you grey hairs. Unless addressed quickly, they can wreak havoc. Non-performing subcontractors disrupt workflow, create delays, and inflate labor costs.  So how can you minimize the risk of a problem subcontractor? What options do you have if a sub isn’t bringing their A-game? Let’s take a look.

Avoid a Nonperforming Subcontractor Through Pre-Qualification

Before hiring any subcontractor, you should determine whether the sub is qualified to do the work you are expecting. Are they physically or financially capable?

Some may be technically capable but may lack the finances or workforce to be able to perform the way you want them to. This helps clearly communicate what level of quality and sets the expected standard of performance.

Avoid Problem Contractors and Subs Before They’re Your Problem

Don’t let a poor performing subcontractor catch you off guard! In most cases, you don’t have to read the tea leaves to see an issue coming. By creating and nurturing a culture of communication and transparency, it will be easier to spot a problem before it actually arises – and that starts by encouraging (if not requiring) the use of preliminary notices all the way down the chain.

Once the tone is set for a healthy project, it will become easier to exchange information about the job. Here are a few tools to help identify when a subcontractor might not be performing up to par.

No one will outright admit that they are performing poorly. Good project oversight should be able to identify problems quickly, through regular site assessments and daily reports. The important thing is to stay proactive and keep an eye out for any indications that a sub is running into problems. This could be anything from poor time management, late deliveries, decreased workforce or slow payments to lower-tiered subs or suppliers.

Conducting regular subcontractor assessments is a great way to keep your project moving forward. Having a standardized form for the project manager to fill out periodically (or by milestone of completion) can help identify and patterns of poor performance as soon as possible. Additionally, this creates standardized criteria used to compare every subcontractor’s performance. Everyone works harder when they know they are being watched or evaluated. Don’t think of this as an authoritative, micro-managing procedure. Think of it as a process for increasing visibility and accountability on the job site.

Talk to their Foreman, Employees, and/or Sub-Subs at the Site

There’s a lot of posturing between construction businesses through official communication. But, when talking person-to-person on the job site, it might be easier to get straight talk. Whether it’s talking to the foreman, an employee, or a sub-subcontractor, walking up to them and discussing the project’s progress could be illuminating. Obviously, don’t overstep your bounds – if a sub hears their customer is snooping around the site looking for issues, that could really lead to a blowup. But there’s nothing wrong with casual conversation. Plus, if the subcontractor reacts negatively, that might serve as an indication that there’s an issue festering on the job.

2 | Before Taking Action – Try to Talk it Out

If you’ve identified a problem subcontractor, or they approach you, its time sit down and discuss the situation. Maybe there are other factors contributing to their struggles that you are unaware of. They could also be dealing with their own problem sub/vendor, material or workforce shortages, or even interference by other subs onsite. Identify the root of the problem and come up with a strategy to fix it. This may entail further monitoring of their performance to be sure that the problem behavior doesn’t continue. If things don’t improve, then it’s time to make a decision.

3 | What to do with a Non-Performing Subcontractor

We’re realistic. Sometimes, tracking performance and talking out issues won’t cut it. When it’s time to take action, though, don’t be rash! How a non-performing subcontractor is dealt with can either strengthen a project or open it up to liability.

Termination is the nuclear option. Keep in mind that terminating a subcontractor can be quite expensive and isn’t as simple as you might think.

The first step is making sure that there are adequate grounds for termination. The subcontract should offer some guidance on this with a list of items that constitute a “material breach”. Contractors should also consult their management team before terminating because the consequences of improper termination are severe. Contractors may be liable for lost profits and lose their right to recover payments for work performed by replacement subcontractors, which means you could be paying double to get the work finished.

If you have determined that your sub has breached their duty to perform, make sure you check your contract before taking any action. Often, there will be notice and approval requirements built into the termination clause that must be followed. Before making any subcontractor changes, you should confirm whether any approvals from the owner or architect are required beforehand.

For example: Subcontractor termination is often structured as two separate, 7-day written notices. One notice to provide the sub an opportunity to cure their defective performance, and one after the sub fails to remedy the problem. The second notice instructs them to protect the work and demobilize their workforce. If notice requirements like these are present in a subcontract, it’s important to follow them! Adding legal troubles to an already-troubled job can push things over the brink.

A Deep Dive on Breach of Contract

What not to do

I know – it’s hard. But refusing to pay a non-performing subcontractor won’t solve the problem. Now, that’s not to say you should pay them everything in their subcontract. But, they’ve earned the right to payment for the work they’ve already done. So, withholding payment for work that’s actually been performed isn’t a great idea. Playing games with a subcontractor’s pay is a good way to spark a payment dispute and put the entire job in jeopardy. Do things by the book (and by the contract!), and you’ll be able to minimize the chance that a subcontractor’s performance problems lead to something more serious.

Failure to manage subcontractors properly will usually lead to disputes, claims, project delays, and inadequate work. However, most issues can be resolved by working with the sub, rather than taking drastic measures. If termination is the only option, be sure to follow protocol or you may find yourself in a worse position than when you started.

And by all means, be sure to learn from any mistakes made on your projects  – both yours and the mistakes made by others. Mistakes happen all the time in construction, and things will go wrong in spite of all the effort put into getting it right the first time. The key here is to improve upon the mistakes made to do it better the next time around.

Summary
Article Name
How to Deal with Nonperforming Subcontractors (or Avoid Them Altogether)
Description
It only takes one non-performing subcontractor to derail an entire job. Let's look at how to avoid those subs and how to deal with them when problems arise.
Author
Alex Benarroche
Publisher Name
levelset
Publisher Logo

Was this article helpful?
15 out of 17 people found this helpful
You voted . Change your answer. 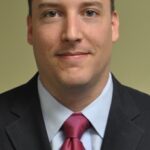 I'm an electrical contractor and worked as a sub for a GC on a public project for a housing authority. Full disclosure, the GC and I had a falling out and we refuse to work with him after completion of this project. We completed the project and when...