Creative Options To Secure A Party’s Promise To Pay

Fielding excuses for non-payment and promises of future payment is a fact of life in the construction and building supply industry. We’ve published two helpful articles about this here on the Construction Payment Blog:  (1) Dealing With Excuses When Trying To Collect Your Construction Debt; and (2) Promises To Pay Mean Squat To Your Mechanics Lien Deadlines.In each of these articles, however, the reader is encouraged to file a mechanics lien, because neither promises nor excuses will extend a mechanics lien deadline. It will expire.  And if the lien expires, you’ll miss the opportunity to secure those excuses and promises, which are otherwise unsecured.

There are a ton of reasons why you may not want to file a lien. You may have an on-going relationship with the customer or you may be shooting your claim to payment in the foot by interrupting the flow of payments to your client on the project. Or, you may be without complete lien rights and your threat to file a mechanics lien was just a bluff.

Whatever the reason, just because you don’t want to file a mechanics lien doesn’t mean you must give up any chance at security.  Here are some tips for alternative methods you can employ to secure the promise to pay.

Savvy credit managers will have a promissory note template on hand at all times, and whenever a company agrees it owes money and promises to make payment, it will request the company to sign a promissory note. If the company is being earnest in its promise to pay and its admission of debt, it should have no objection to signing a note (i) admitting to the debt; and (ii) promising to pay according to a defined due date or schedule.

A promissory note is preferred to a simple promise to pay or written admission of the debt (i.e. by email or letter) because it is nearly “self-proving” in court.  If you can’t secure the payment and must pursue the debt in litigation, you’ll be left having to put on a full-blown trial to prove the debt even exists if you don’t have a promissory note.  If you have the note, however, you merely need present the note and say “pay up.”  The proceeding is much quicker, and there is a much higher rate of success.

Plus, you can gauge how honest a party is being with their promise to pay by putting their feet to the fire and requesting they sign a promissory note.  If they refuse, expect push back on the debt later, and proceed to file the mechanics lien.  If they agree to sign a promissory note and they are credit worthy, you may be willing to forego your lien rights.

Settlement Agreement with Confession of Judgment

If a previous dispute exists, the settlement agreement can set forth what the dispute was about and indicate that the dispute is completely resolved.  This clears up any potential future issues about the validity of the debt, back charges  workmanship questions, etc.

The confession of judgment portion of the settlement agreement isn’t necessary, but it’s nice to have.  Such a document puts your company in the express lane if litigation is required, so that you can simply get a judgment upon judicial request as opposed to being required to go through more formal proof procedures.

Another great collection technique is to get post dated checks from the debtor. While the checks will not be cashed until a later date and you still run the risk of the checks bouncing, the two great features about having post-dated checks are: (i) That you have written evidence of an admission to the debt; and (ii) If the checks bounce NSF, you’ll have a great argument for attorney fees, interest and statutory penalties.

Every state has a law penalizing companies and individuals who write bad checks.  These laws are punitive in nature, with some states alllowing the creditor to recover 15%, 25% or even 100% of the check amount!  Imagine you get paid $100,000 in post-dated checks and they bounce.  In some states you’ll be allowed to recover $200,000 as the penalty!

That’s a huge stick to carry in later litigation to get paid on the debt.

All of the above listed alternative remedies are great, but they still depend on the credit worthiness of the debtor.  One of the fantastic features of a mechanics lien claim is that it actually secures your debt with property, equity and/or with claims against other parties (like the owner and general contractor).  The above-listed remedies keep things between you and your customer only, and therefore, they are only as good as the credit of your customer.

Any person can sign a personal guaranty at anytime guaranteeing that some other party (usually their company) is going to pay the debt. If you didn’t get one at the start of the project, don’t be afraid to ask for one at the end or anytime in-between.  Of course, even personal guarantees are only as good as the credit worthiness of the party signing it.  So, beware.

Having parties above your client in the contracting chain agree to include you on a check is a great solution to a non-payment situation.  If you’re not paid you’ll be able to proceed against your client and the other party(ies) to the joint check agreement.

California Only: Notice of Credit

If the mechanics lien is filed, the owner and the claimant can sign and file a “notice of credit,” which will allow the mechanics lien security to remain in effect until the debt is paid without needing the commencement of an expensive lien foreclosure action.  Learn more about this remedy at this tag on our Construction Payment Blog:  Notice of Credit. 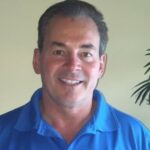 Alex Benarroche
See all experts
Recent Questions other Contractors Have Asked about Collections
How effective is the "Payment in Full" language on the check is to discharge a debt?

Can I personally hand a customer a notice of lien and try to talk some sense into them before it has to go that far?

A former customer of mine owes me for three different invoices for work that was completed at his place of business .The former customer & his family are immigrant from another country. They do not understand a lot of stuff that we just assume are simple things you...

We subcontracted for a general contractor who stopped answering calls, phones off, and we are past the lien deadline. What can we do to collect the invoice amount?