Many states, like California, manage the amount of retainage withheld on public projects. In California, no more than 5% of the contract price may be withheld. Also, the normal practice is that after 50% of the project has been completed, no more retainage will be withheld. Therefore, public owners will calculate how much retainage needs to be taken out of each progress payment before the midway point is reached to equal 5% of the contract price. Typical of most prompt pay laws, once funds are released to one tier, that contractor has a specified amount of time to release the fund further down the chain. Recently, a California court answered the question, “[w]as the decision by the owner to stop withholding future retentions and pay full progress payments to the contractor equivalent to a payment by the owner of past retentions under section 7107?”

In Blois Construction, Inc. v. FCI/Fluor/Parsons, 2016 Cal. App. LEXIS 215 (Mar. 23, 2016), the California Appellate Court heard a claim from a subcontractor arguing that the general contractor on a public project violated the Prompt Payment Statute. The subcontractor claimed that, at the midway point of the project, the public owner began to make full payments without withholding any amount from each payment. This claim was not disputed. The question that arose was did this qualify as a payment of past retentions? The subcontractor argued that it did, and therefore, the general contractor has violated Prompt Payment Laws by not distributing the retention payments in a timely manner. The specific provision the subcontractor was referring to was section 7107(d) which states

The court wholeheartedly disagreed with the subcontractor. The court’s decision was rather simple:

Blois’s [subcontractor] argument fails because when Expo [public owner] ceased withholding retention funds in 2010, it was not paying funds previously withheld. Rather, in its progress payments, it paid FFP the total amount then due without withholding a retention. Because no funds were withheld or paid as retentions, section 7107 did not apply to these payments.

Understand When Retainage is Released

This decision highlights something very important: understanding the laws of the land. When you read the retainage and prompt payment statutes of California, it becomes very apparent that the challenges presented by the subcontractor were ludicrous. The statutes can be confusing because there is a lot of percentages thrown around. Five percent of the total contract is allowed to be withheld. The amount withheld per progress payment and for how long is determined by the contract terms. Once five percent of the total contract price has been withheld, no matter at which point of the project, no more funds may be withheld. This court makes it very clear though that once payments switch to full progress payments, the retained funds are NOT considered released. This decision greatly affects when prompt payment laws start to kick in. 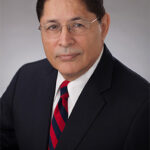 I am a sub contractor working on a new hanger at a municipal airport in mesquite Texas. The contractor has paid me once since I started work for Oct 2022. I am contracted for earthwork, utilities and concrete. I have not been paid for Nov ($35,000) and December...

If a sub asks the prime for proof the owner has the funds available for the project, must that be provided to the sub?

If a subcontractor asks the prime contractor for proof that the owner has the funds available for the project, the owner must provide that information?

How do i get them to pay me, I have to pay my people why should they be diffrent

Request for legal advice: Hello, I’m Daniel W Walling the owner of a small construction company doing business as a general contractor. I took over the company from my father who started the company in 1961. We do General commercial remodeling & maintenance. We were contacted by Taratino...