No up front fees on your first job!
Finance your materials with Levelset
Apply for free
Back to blog

How to Get Paid on Oregon Public Projects

As a major focal point of the Biden administration’s Build Back Better plan, the federal government is allocating over a trillion dollars in funding for public infrastructure construction projects over the course of the next decade. A large amount of that construction funding is going to be headed directly to individual states, and there are plenty of opportunities for contractors across Oregon to benefit — especially as the state continues to work towards higher levels of sustainability in its new projects.

With this much work available, contractors across the state would benefit highly from being ready to take advantage of these new opportunities — and being completely prepared to protect their payment rights while doing so.

Though popular thinking is often that public projects run into fewer payment problems than private ones do, that’s a misconception: Even when public works projects are a major source of benefit, contractors are at just as much risk of slow payment or nonpayment as on any private project. Protecting your payment rights on public works projects is absolutely crucial.

Even though payment challenges can be remarkably similar, payment protection is very different between private and public work. When payment problems come up on a public project, contractors can’t just file a mechanics lien as a solution, as both the federal government and state governments prohibit private companies from gaining interest in public property.

The Miller Act provides directly for this payment protection at the federal level, and most states have their own version of it with laws usually called “Little Miller Acts.” Oregon has its own Little Miller Act which protects contractors on public works projects — as long as they stay on top of their payment rights in the process.

The main type of payment protection on Oregon public projects is the bond claim. Under Oregon’s Little Miller Act, almost all public works projects valued at $100,000 or more are required to have a payment bond equal to the contract price.

The only exception is that it’s a bit different for contracts on highways, bridges, or other transportation projects. In fact, the process becomes even more inclusive: In these cases, projects valued at $50,000 or more are required to have a payment bond.

The scope of who is able to file a claim is fairly wide, too. According to the state’s Little Miller Act, any person who has supplied labor or materials for the performance of the work provided for in a public contract, including any person having a direct contractual relationship with the subcontractor, is protected.

In Oregon, bond claims need to be sent to the required parties within 180 days after the claimant’s last date of furnishing labor and/or materials to the project, with this time period lengthened slightly to 200 days for contributions to an employee benefit plan. To be valid, the claims need to be provided to the contractor supplying the bond, the hiring subcontractor (if applicable to the situation), and to the project’s public entity.

Bond claims need to be served by registered or certified mail to the recipient. The wording of the state’s statute generally states that sending the claim within the time limit is sufficient for the claim’s validity, making it considered served only when it is mailed rather than when it is received. However, it may be most safe to attempt to ensure that all involved parties actually receive the claim prior to the expiration of the 180-day period.

In the event that a suit needs to be filed in order to enforce a bond claim on a project, the suit needs to be initiated within two years of the claimant’s last furnishing of labor and/or materials to the project.

It’s important for contractors to note that a preliminary notice is not required on Oregon public works projects to secure the right to make a claim against the payment bond or secure payment. With that said, it is still best practice for a contractor to promote visibility and communication on a project in order to get ahead of any payment problems that might arise.

Retainage (or retention) is an amount of money withheld from payment to a project’s contractor or subcontractor until the end of a given project (or until a time specified in the contract). Generally, retainage is used to ensure that a contractor finishes its work completely and correctly.

In Oregon, retainage isn’t allowed to exceed 5% of any progress payment unless the charter of the public entity provides for a higher rate. After the work of the contractor in question reaches 50% completion, the retainage rate can then be reduced or eliminated upon written request by the contractor (along with the written approval of the project’s surety). When the work is 97.5% complete, the public entity may reduce the withheld amount to the total for the value of the work not yet completed.

After a contractor’s work on a project has reached substantial completion, they should submit a written request to the public entity with approval of the surety. Once notice is given, they have 15 days to either accept the work or notify the contractor of work that has yet to be performed under contract.

The contractor then has 30 days after the contract is completed and work has been accepted by the public entity to receive the amount of retainage that has been withheld.

Retainage isn’t the exact same on every project, either. For example, if the contract price exceeds $500,000, then retained funds need to be held in an interest-bearing escrow account. In some cases, securities, bonds, or other similar instruments may be substituted for retainage.

Prompt payment laws regulate the acceptable amount of time in which payments must be made to contractors and subcontractors on public works projects, which ensures that everyone on a project is paid in a timely fashion.

Oregon’s public prompt payment laws apply to all Oregon public works contracts except for contracts for emergency work, minor alterations, or ordinary repair or maintenance. As per the state’s laws, payment becomes due when the party performs in accordance with the contract and after the submission of a proper invoice.

It isn’t always easy for contractors to receive payment, and there are still many situations where payments may be withheld on public works projects:

Of course, withholding payment improperly leads to penalties on the part of the withholding party, too. In the event of improperly withheld payment, the project’s public entity has to pay penalty interest on any payment not made within the earlier of either 30 days after the invoice date or 15 days after the contracting agency approves the payment.

The interest rate according to Oregon law is very specific: Three times the discount rate on 90-day commercial paper in effect at the Federal Reserve Bank in the Federal Reserve district that includes Oregon on the date that is the earlier of either 30 days after the invoice date or 15 days after the contracting agency approves the payment (just as with the prior rate). The involved parties may agree to a higher interest rate as long as the agreed-upon interest rate doesn’t exceed 30 percent.

If payment is being withheld for any reason, sending a Notice of Intent to Make a Bond Claim along with a Prompt Payment Demand Letter is generally a best practice for encouraging payment. Prompt payment demands should specifically mention the prompt payment statute in the project’s state while noting that payment is late and that the demand is a claim for the payment plus any penalties, interest, attorney fees, or other remedies available under the state’s prompt payment statute.

Prevailing wage is the minimum hourly wage rate, including all fringe benefits, that needs to be paid for covered work duties performed on public works projects. In Oregon, the prevailing wage rates include an hourly Base Rate and an hourly Fringe Rate, with the combination of these two amounts being necessary to be paid to workers.

Importantly, not all public works projects in Oregon are subject to the state’s prevailing wage laws. Projects with total costs below $50,000 or which don’t use funds from a public agency may not be included. When it applies to a project, however, it’s a pivotal part of the process for contractors. State law requires employers to post the prevailing wage rates in a clearly visible place on the project and submit certified payroll for all work on covered projects to the contracting public agency — and failure to do so can lead to heavy penalties.

Though there are a number of guidelines that need to be followed in order to secure payment rights on public projects in Oregon, going the extra mile to protect your payment rights can help to ensure that you’ll receive the right payment for your work in any situation.

Even though preliminary notices are not required on public projects in Oregon, it’s important to consider their importance to the payment process and consider sending them even when they’re not needed. Sending a preliminary notice maintains a line of communication throughout the chain on a construction project, giving all contractors involved the opportunity to make sure that payment disputes are taken care of earlier on in the process rather than later.

When a company is dealing with documentation like what is needed for preliminary notices and bond claims, proper document retention and management is an absolute necessity when it comes to protecting your payment rights. Especially when sending notices and maintaining the proper documents needed for claims, it can be enormously beneficial for you to have an organized policy for document retention. 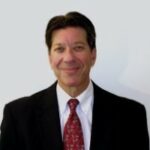 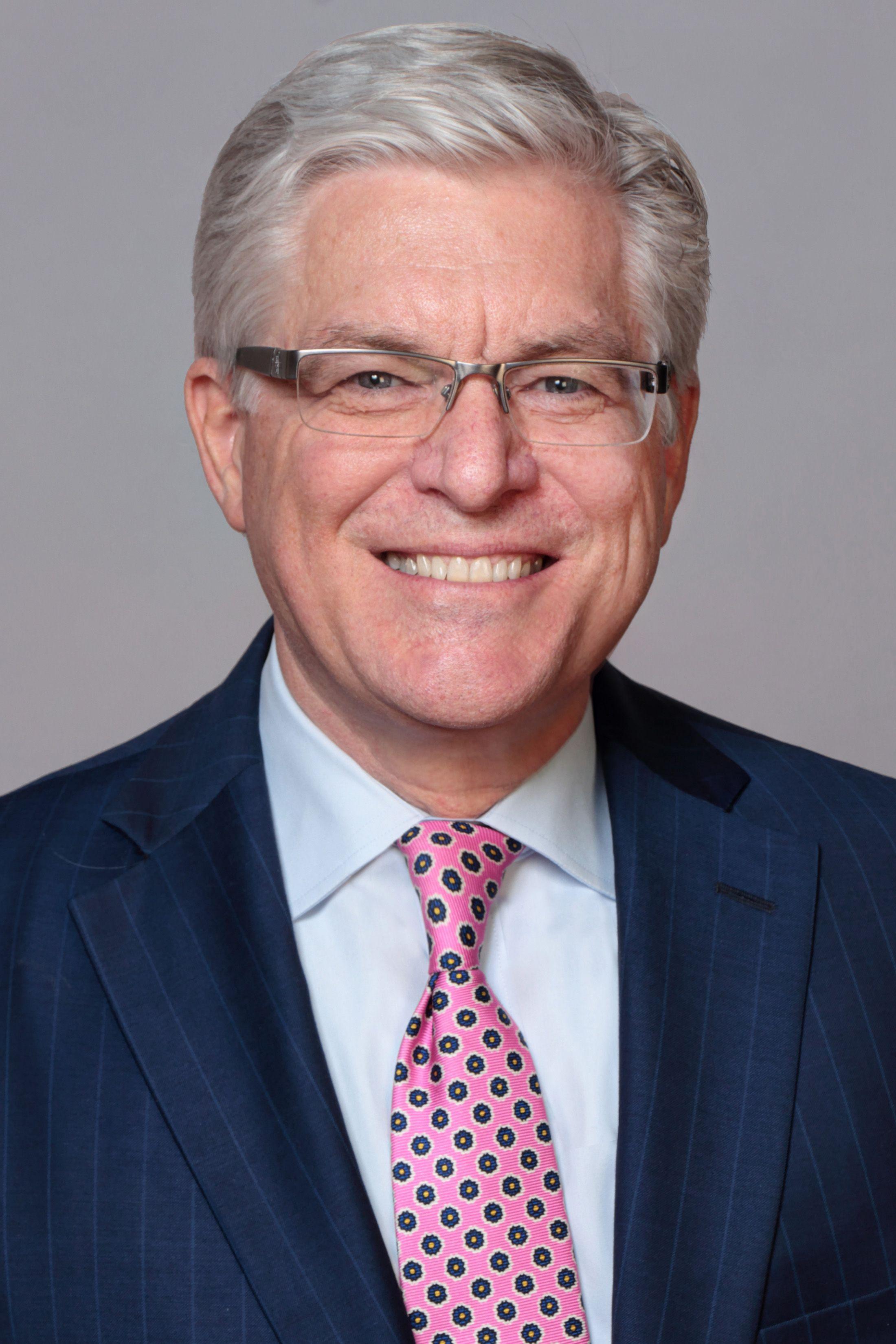 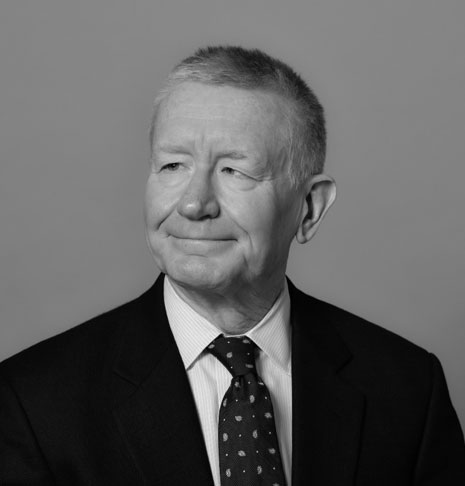 Cornelius Riordan
See all experts
Recent questions other contractors have asked about Bond Claims
Do we have 90 days from furnishing the last material to a project to file a claim on a bond?

WHY send Preliminary Notice in Oregon? The short answer: It’s best practice (and sometimes you have to). The long answer: Submitting...