Following the recent completion of a number of luxury waterfront Philadelphia, Pennsylvania townhomes — and amidst planning and construction on a new waterfront complex by the same developers — six affiliates of New York’s Gotham Bedrock, LLC have filed for Chapter 11 bankruptcy.

1121 Pier Village, LLC, 2626 Frankford, LLC, 231 E 123, LLC, 193 Hancock, LLC, Penn Treaty Homes, LLC, and 285 Kingsland, LLC — all based in Philadelphia — are connected to the development of The Views at Penn Treaty and Pier Village, major residential complexes developed on the Delaware River.

All of the affiliate companies listed a non-specified amount of between 1–49 creditors and are listed as “single asset real estate” debtors — which refers to debtors whose only business is the operation of property.

Consisting of 19 four-story townhomes, the Views at Penn Treaty project purports to “[take] advantage of a unique site, [add] value to the community, and [stand] out among the other waterfront properties in the area” while listed at $1.7 million. The townhomes were listed pre-construction in June 2017 — with reportedly quick sales.

Just to the south of the Views at Penn Treaty is the Pier Village project, which was originally started by Shovel Ready and architect Cecil Baker and Partners. According to a May 2020 proposal by Abitare Design Studio — which also designed the Views at Penn Treaty project — the Pier Village project is intended to consist of two mid-rise apartment buildings with 28 “4-Story Single-Family Townhomes with 2-Car Garage Parking, Elevators, and Roof Decks.” In total, the project’s proposal includes 116 units.

Gotham Bedrock principal Alex Halimi noted when talking about the Views at Penn Treaty project in 2017 that the company was looking to expand into Philadelphia due to the difficulty of profitable building in New York City.

“The reality of New York is that the cap rates are insane and in Brooklyn there is a scarcity of supply…Looking nearby, it’s tough because in New Jersey the taxes are too high. So, Philadelphia is very attractive,” Halimi said. “There’s a wonderful cultural, social and commercial life here. This is the kind of energy we felt when we started developing in Brooklyn.”

Halimi added that the company was “very excited about the opportunities here” and intended to continue its work in Pennsylvania, saying that Views at Penn Treaty townhomes would be “the first of many projects Gotham Bedrock, LLC will do in Philadelphia.”

In comparing the development to the growth of New York’s popular Williamsburg neighborhood, Cohen added “Like Kent Avenue in Williamsburg….This will be our Kent Avenue on the Delaware.”

However, both projects’ developments have not been without their delays. The Views at Penn Treaty project’s original completion date was announced to be winter 2017, but the opening date for the developments’ first seven homes was pushed back to September 2018.

After purchasing the property from Shovel Ready Projects, LLC for $7 million in June 2017, Gotham Bedrock discovered that part of the land is a former filled-in pier. This required the company to obtain a “submerged land permit” from the Pennsylvania Department of Environmental Protection, and held back construction on half of the site.

Once development could continue, construction on Views at Penn Treaty was ultimately completed in late 2018.

As Halimi had previously suggested, more Philadelphia development by Gotham Bedrock followed the Views at Penn Treaty. The initial proposal for the Pier Village project was made by Shovel Ready before being transferred to Gotham Bedrock at some point prior to its affiliates’ bankruptcy filings.

However, a November 2020 report by the Phildelphia YIMBY noted that the Pier Village project had yet to begin construction at the time, leaving the state of the project unknown during the restructuring of affiliate company 1121 Pier Village.

Its effect on contractors and its payment history remains unclear. Levelset reached out to contractor Sano Drilling, Inc. — which performed work on the site — regarding the project’s status and payment status, who declined the request for comment.

The bankruptcy declaration is not a death knell for the progress of either project, though. Chapter 11 bankruptcy is known as “reorganization” bankruptcy. It allows a debtor to continue to maintain its business operations while coming up with a plan to restructure its debts and pay its creditors over time.

A significant rise in development on the waterfront of the Delaware River in Philadelphia in recent years has led some to describe it as a “building boom,” with a 2019 report from Curbed outlining nearly $1.4 billion in plans for public and private development.

Joe Forkin, president of the Delaware River Waterfront Corporation, spoke of the attractive nature of the area for developers, noting “All of that leverages companies like Durst having an interest in Philadelphia’s waterfront, saying, ‘Wait, what’s going on down there?’”

Gotham Bedrock isn’t the only New York City developer that has moved to Philadelphia. The Durst Organization, which developed New York’s One World Trade Center and 4 Times Square among other notable properties, purchased the waterfront Philadelphia Piers at Penn’s Landing property in 2017.

Similar to comments made by Alex Halimi, executives at the Durst Organization were enthusiastic about the development. Durst Organization President Jonathan Durst said that “Our goal is … to deliver a series of projects that continue the revitalization of the Delaware River waterfront and make it a true destination for both area residents and the broader region.”

Though the developer has yet to begin any work on the Philadelphia Piers — as many existing retail locations on site have continuing leases — the Durst Organization neared its final land-use approvals for a new 26-story apartment building across the street from the piers in April 2021.

The apartment building is part of a $2.2 billion plan put forth by the group to develop the Penn’s Landing waterfront area in the coming years. 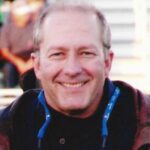 Chuck Miller
See all experts
Recent questions other contractors have asked about
what type of lien do i need to file? can i even file a lien?

Hi Carol, we are a secured lender to a project invoice factoring company. They have factored several invoices for one sub across multiple GCs, but the sub just went bankrupt. We wanted to learn more about our mechanic lien filing and collection abilities.

What happens when you pull a permit and HIC lets his license expire after they are hired?

I hired as a licensed and insured contractor in Feb 2021 to help with renovations on a home built in 1890 that I was purchasing; he started work on or about April 14, 2021. When I initially engaged the contractor, I checked his license on the HIC website...