Construction payment issues and contract disputes happen regularly on projects. When you want to foreclose a mechanics lien or run into a legal dispute, it’s reassuring to have an experienced construction lawyer’s support. Below, you’ll find a list of the top construction lawyers in Chicago and the greater metro area.

When do you need a construction lawyer?

Construction projects can be complex. It can be just as complicated for contractors to get paid on a project as it is to complete the job itself. Contractors and suppliers not only have to do their job, but also ensure that they get paid on every job.

Construction lawyers support the construction process by making sure contractors protect their legal rights. They can help property owners, contractors, and material suppliers by drafting and reviewing contracts, litigating a breach of contract claim or work dispute, or foreclosing on a mechanics lien if necessary.

The Top Construction Lawyers in Chicago

These attorneys on this list were selected because they meet a significant number of the below criteria: 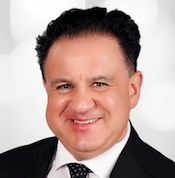 Mazyar Hedayat has been practicing construction law in the Chicago area since the mid-1990s. He founded his own law practice, M. Hedayat & Associates, P.C., in 2002. In addition to his focus on the construction industry, Mr. Hedayat has deep experience in bankruptcy law, as well as commercial litigation.

With an MBA in Finance and Corporate Strategy from the UM Ross School of Business in Michigan, and a J.D. from DePaul University College of Law, Mr. Hedayat is uniquely positioned to help construction companies navigate both legal and financial fields.

Outside of his practice, Mr. Hedayat lends his time and energy to helping contractors solve complex legal problems. He has answered more than 80 questions in the Levelset Community, earning a 5-star rating from community members for his advice and support.

Glenn Udell is a Principal at  Brown, Udell, Pomerantz & Delrahim, Ltd BUPD Law in Chicago, with a focus on construction law, real estate, and commercial litigation.

Mr. Udell has experience helping construction professionals navigate business negotiations and disputes, including acquisitions and dispositions, financing and lending, restructuring, development, and commercial leasing. He is also experienced in negotiating permits, licenses, and land use and development entitlements. Mr. Udell has helped clients earn financial assistance and other business incentives from the City of Chicago, the State of Illinois, and other municipalities.

Glenn received his J.D. from the Thomas Cooley Law School in 1990. He earned his BA degree in Psychology from the University of Wisconsin in 1986. 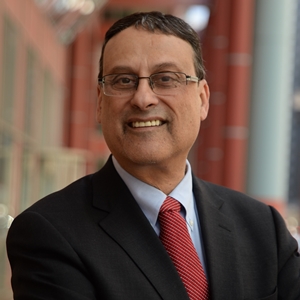 Samuel Levine serves as Of Counsel with Bryce Downey & Lenkov LLC, a Chicago-based law firm with a team dedicated to construction law. Samuel has deep experience with the building industry, particularly when it comes to enforcing a mechanics lien or bond claim on projects in Illinois.

He has litigated and arbitrated construction and foreclosure disputes for numerous contractors, architects, and suppliers, and has written and spoken extensively on construction law, bankruptcy law, and related topics. He is an arbitrator of mechanics lien cases as part of the Cook County, Illinois mechanics liens pilot arbitration program.

He earned his J.D. from the Chicago-Kent College of Law in Chicago in 1981.

Charles has worked all parties of the construction industry. His experience representing construction clients includes contract negotiation, breach of contract claims, claims for subs, loss of productivity, out-of-scope work, and more. Charles is a Fellow of the Construction Lawyers Society of America, and he’s also a Fellow of the American College of Construction Lawyers. In 1976, Charles graduated from the University of San Francisco School of Law and later from the University of Michigan. 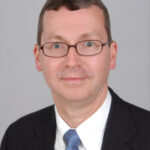 Timothy R. Conway is a founding partner of Conway & Mrowiec. His firm includes five lawyers based in Chicago that represents all participants in the construction process. In 2019, Timothy’s firm was named to U.S. News Best Law Firm list as a Tier 1 Construction Litigation firm. Over the years, Timothy has taken part in arbitrations, trials, and meditations for his construction clients. He’s also represented builders in construction projects for both public and private jobs.

In 2012, Timothy was named “Lawyer of the Year” by Best Lawyers for construction litigation in Chicago. He’s also been to Super Lawyers in Chicago and to Chambers and Partners in 2018. Over his career, Timothy has arbitrated disputes on a variety of job sites, including power plants, monumental public projects, prisons, wastewater treatment plants, and more. He’s confronted many legal issues for contractors, including but not limited to: 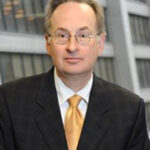 John S. Mrowiec is the second half of Conway & Mrowiec. He limits his practice to clients in the construction industry, which has made his firm one of the most touted agencies in Chicago for construction law. John works with contractors when dealing with contract drafting, contract administration, claim preparation, and dispute resolution. John has also drafted and negotiated more than two billion dollars in construction, construction management, design/build, design and trade contracts throughout his career.

Some of John’s more significant recent construction law engagements include: 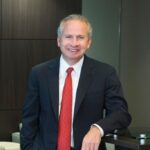 Robert J. Harris has been a construction lawyer in Chicago for over 25 years while covering litigation matters. He’s a partner and co-founder of Harris Winick Harris LLP and has handled construction disputes for GC’s, owners, engineers, architects, and developers.

Robert is also a Charter Fellow of the Construction Lawyers Society of America and is a member of Super Lawyers for Illinois. Recently, Robert has been on an arbitrator panel deciding delay and other claims in connection with a large Chicago hotel and condominium project.

In 1985, Robert received his juris doctorate from Yale Law School and his bachelor of arts degree from Hamilton College in 1982. Robert is admitted to practice construction law in the United States District Court for the Northern District of Illinois, the United States District Court for the Central District of Illinois, the Ninth Circuit Court of Appeals, and the Supreme Court of the United States. He also serves as an Adjunct Professor at IIT Chicago-Kent College of Law and is a lecturer at Northwestern University’s Kellogg School of Management. 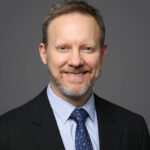 Eric A. Berg represents contractors through construction law in both litigation and transactional work. He is of counsel with Ogletree Deakins and represents all parties of the construction industry. Eric has worked on several diverse construction projects, such as the Willis Tower in Chicago.

Before joining Ogletree Deakins, Eric was Deputy General Counsel at Great Lakes Dredge & Dock, in Oak Brook, Illinois for three years. There, he provided counsel to contractors on several construction topics such as mechanics liens, contract drafting, extras claims, and payment disputes. In 2020, Eric was recognized by Best Lawyers in America for work in construction law. He’s also been ranked by Chambers and Partners and Illinois Super Lawyers. 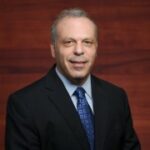 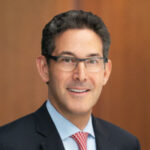 Clifford J. Shapiro is a construction attorney and partner at Barnes & Thornburg LLP. Clifford is the chair of his firm’s Construction Law Practice Group as he solves claims and disputes for contractors. He’s been honored by several entities for his performance in the construction law: 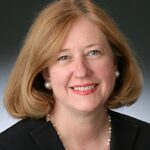 Alexandrea R. Cole is a partner with Perkins Coie. She has been named to Chambers and Partners 14 years in a row. Alexandra is also a member of the Society of Illinois Construction Attorneys. She focuses her real estate practice in construction law and real estate transactions.

Alexandrea represents all the various parties in the construction and development process. She has worked construction and renovation cases tied to several plants, industrial complexes, hotels, shopping centers and other commercial projects across the country. Aside from the Illinois Bar Admissions, Alexandrea also holds a certification with the State Bar of Wisconsin.

In 2018, Alexandrea was named by Best Lawyers as the Lawyer of the Year in Chicago for construction law. 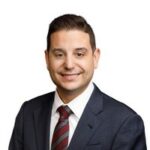 Daniel A. Dorfman is the Chair of the Construction Law Practice for Fox Swibel in Chicago. He typically represents Chicago-based and nationally prominent construction owners and developers. Daniel has drafted and negotiated complex agreements for contractors, and he’s litigated commercial construction disputes.

Daniel is also the Acting General Counsel for construction industry clients with Fox Swibel. He is a member of Construction Law360’s Editorial Advisory Board and has been named to Best Lawyers in America for his construction law work. Daniel is a member of the Chicagoland Associated General Contractors, DRI’s Fidelity and Surety Committee, and the Sustainability Commission of the Village of Deerfield, Illinois. 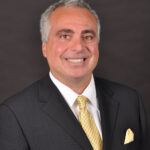 Ty is is deeply involved in a high number of professional construction groups, including:

Ty has also been recognized as a Member of the National Academy of Distinguished Neutrals. He’s been featured on Best Lawyers and also with Leading Lawyers Network as a top construction lawyer in Illinois. 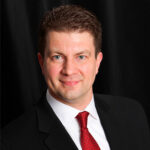 Mark B. Grzymala is president and founder of Grzymala Law Offices, P.C. Mark has 18 years of legal experience and has focused his career in construction law and mechanics liens. He has worked with Chicago subs, GC’s, supplier, and designers through contract disputes construction defect claims, mechanics lien claims and foreclosure, bond claims, and construction payouts.

Mark is an active member of the Chicago Bar Association, where he works with the Committee on Real Property and Construction Law and Mechanics Liens. He is also a part of several other legal and construction committees:

Get payment & legal answers in Chicago and beyond

There are many prestigious and knowledgeable construction lawyers to sift through in Chicago and across Illinois. We hope this list has helped you orient yourself with some of the best legal talent at your disposal.