Costs of Goods Sold (COGS) is an integral part of doing business in the construction world, as it isn’t all just about the job itself. These costs connect directly to projects and what needs to be purchased. Many things on a job are connected to direct COGS — such as climate control on-site and warehouse space — and these costs are rising fast.

Direct overhead covers costs that apply to a specific job, which often includes aspects that are connected to keeping a job site secure, hospitable, and workable. Given all of the other costs on a construction job, limiting unnecessary overhead costs — or unexpected ones — is key to remaining profitable.

These types of costs are similar to overhead, but aren’t exactly the same. Most COGS expenses are “directly tied to a particular project,” says CPA Joshua Leyenhorst — “these costs would not occur if not for the project/job occuring.”

That said, though, it’s important to keep all costs down, as a 2019 study from the National Association of Home Builders showed that the average cost of overhead for a residential construction project was $23,683, taking up 4.9% of the average overall project cost.

Leyenhorst added that for commercial projects, overhead costs can be much higher depending on the necessities of the products used.

As the same survey noted, with the average profit only $44,092 per project, it becomes apparent that other costs needed for running the day-to-day operations of a job site can quickly and easily eat into any project’s profitability, as well as eating into money available for COGS expenses.

Leyenhorst noted that rethinking the differences between COGS and overhead can be helpful for contractors looking to balance their budgets, saying that where applicable and possible it’s best to allocate what would otherwise commonly be overhead costs to jobs.

“For example, phone expense is often a G&A expense on the income statement,” Leyenhorst continued. “However, in construction, a large component of the team is on-site and use their phones for job-specific purposes. As such, there is value in considering allocating phone costs to jobs (using methods such as Activity Based Costing), in order to best tie job-specific costs to jobs where possible, rather than overhead. This will help better understand the true cost of a project.” 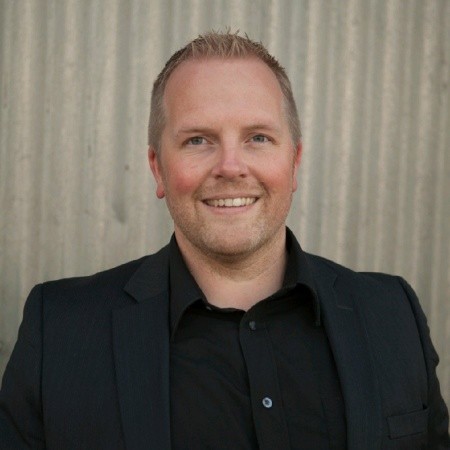 This type of rethinking can be necessary as COGS expenses are becoming even larger for contractors: The costs for construction sites worldwide are being impacted by the effects of the COVID-19 pandemic, climate and weather-related events, and more.

For job sites that require on-site heating, the cost of natural gas has fluctuated significantly during the course of the last couple years, but is currently rising significantly. Natural gas futures have risen as much as 48% during July 2022.

Job sites can require an extreme of resources to be maintained and remain hospitable, too, greatly driving up the total price needed on a proiect. One Reddit user noted that a job site they worked on required “roughly 6500 gallons of red diesel a week” for heating, adding that the site “went through 250 gallons of [diesel]” per hour.

In the summers — like during the current heat waves stifling workers on job sites across the United States and around the world — costs of air conditioning and other types of artificial cooling are inflated instead by stresses to dilapidated and unreliable power infrastructure.

Even when the price of power is affordable, power itself can be unreliable in many parts of the country, potentially causing major interruption to work sites during periods of extreme heat. This is something that contractors need to take into account, especially in states that are hotbeds of construction work like Texas, where experts such as University of Houston Energy Fellow Ed Hirs say that “the odds of having interruptions increase each day.”

It isn’t just that these situations are impacting how contractors are maintaining job sites, either — they’re impacting where they’re putting their materials and equipment.

Contractors nationwide are having to search more diligently and pay more for warehouse space in yet another recent development for the construction industry.

“The supply-and-demand imbalance is more significant than I have seen,” said Robert Thornburgh, chief executive of the Society of Industrial and Office Realtors, about the impact of the warehouse shortage on contractors. “There is limited inventory of industrial space. It is almost evaporating before your eyes, if you are even lucky enough to know about it.”

Earlier in 2022, companies were taking some drastic measures to deal with the lack of space, with some going out of their way to build temporary structures at job sites just to ensure that they have places to store their materials — “a decision that adds steeply to overhead costs,” Quickbase director Jacob MacIntyre noted, adding that they “can remove most or all of the attempted cost savings by pre-purchasing [materials].”

These same issues are also, unsurprisingly, impacting payment problems for contractors around the country. 41% of respondents to Levelset’s 2022 Cash Flow & Payment Survey noted that payment problems resulted in reduced profit, meaning that many contractors will have to work even harder to maintain financial solvency while covering these extra costs.

Get materials now, keep your cash.

hello. I live in the state of Florida and I have been waiting for a year and a half for a payment of an invoice for a job I do in Cape Coral County. Every time I contact the contractor, he always tells me that he has not...

Can I file a mechanics lien on a property that I worked in 3 years ago?

I was working for a general contractor and never got paid. The job was for a commercial property in Brooklyn. I provided structural steel, welding and hoisting services.

I need to file a bond claim in New York State

I placed a mechanical lien to a property. The lien was discharged by bond. I need to claim the bond.