Following an executive order in September 2021 that requires federal contractors to get COVID-19 vaccinations — and significant pushback against it— a new order from the US Labor Department’s Occupational Safety and Health Administration (OSHA) is spurring challenges from courts, state governments, and construction organizations nationwide.

OSHA’s Emergency Temporary Standard (ETS) requires all private employers with 100 or more employees to either receive a COVID-19 vaccine or to undergo regular testing for the virus — a requirement that will directly impact contractors and small business owners in construction nationwide.

The rule states that it “will preempt inconsistent state and local requirements, including requirements that ban or limit employers’ authority to require vaccination,” also adding that employees can ask for exemptions from the mandate if they have approved medical or religious grounds.

However, the new rule may be short-lived. November 12, 2021, saw the Fifth Circuit Court of Appeals order OSHA to “take no steps to implement or enforce the Mandate until further court order,” claiming that the mandate “exposes [petitioners] to severe financial risk” and “threatens to decimate their workforces (and business prospects).”

“The mandate threatens to substantially burden the liberty interests of reluctant individual recipients put to a choice between their job and their jab,” the court’s decision said. The court had originally granted a temporary stay on enforcement of the federal mandate on November 6, 2021.

At the same time, major construction industry organizations pushed back against the new rule. The Associated Builders and Contractors (ABC), led by its Alabama chapter, entered a legal challenge against the ETS on November 9, 2021.

“This ETS will create permanent and severe harm to construction industry employers and their 7.4 million employees, nearly 90,000 of whom live and work in Alabama,” said Jay Reed, president of the Alabama chapter of ABC. “By exceeding the Department of Labor’s statutory authority, OSHA fails to comply with the standards for issuing an ETS, particularly as it relates to the construction industry. ABC continues to encourage vaccination against COVID-19 but cannot support this mandate.”

“By creating excessive compliance costs and regulatory burdens, this unnecessary ETS will magnify economic challenges facing the construction industry, such as a workforce shortage of 430,000, rising materials prices and supply chain woes, and cause negative ripple effects throughout the overall American economy,” added Ben Brubeck, vice president of regulatory, labor and state affairs for ABC. “ABC’s hope is that this legal challenge will encourage the justice system to examine this overreach, realize its irreparable harm to the construction industry and rule it unlawful.”

Opposition may have little ground to stand on with the federal mandate, but OSHA’s rule may be more vulnerable

Though those that oppose Biden’s mandate on vaccines for federal contractors are vocal, many are acknowledging that they may have a less than successful path towards actually challenging it.

Many people in employment law are noting that companies are largely bound by the contracts they sign with the government, as they’re of course not bound to sign those contracts.

“You’re talking about the federal government making rules about its own contracts,” said Karla Grossenbacher, a partner at Seyfarth Shaw in Washington, D.C. “Are these lawsuits being filed because they actually think they have a good chance or is it good public relations?”

“The complaints have some potentially viable arguments,” added Marc Antonetti, a partner with Washington D.C.’s Baker & Hostetler LLP. “The federal government is trying to do a lot in a short amount of time. When you do that, you could find there are problems around the edges of implementation.”

This is where state leaders have tried to find weaknesses. For example, Louisiana Attorney General Jeff Landry said on November 4, 2021, that he was leading a challenge alongside Mississippi and Indiana to challenge the mandate’s legality.

“As the chief legal officer of Louisiana, I am taking action to prevent the government from forcing Louisiana citizens to inject something into their bodies,” Landry said. “I have already defeated the Biden Administration in court over issues of illegal immigration and domestic energy; and now, I am working to win this lawsuit on the issue of personal liberty…Joe Biden is trying to bully our state and its citizens into complying with his unlawful mandate.”

A number of states have similarly led actions against this aspect of the law. Florida’s lawsuit, filed on October 28, 2021, offered a similar argument to Louisiana after it called the requirement for government contractors a “radical intrusion on the personal autonomy of American workers.”

Antonetti was careful to add, though, that the government’s case would likely be strong. “If you want to do business with the United States, you have to comply with their rules,” he said.

According to Stewart Schwab, an employment law professor at Cornell University, Biden’s mandate “is going to be more defensible” than the OSHA ETS.

If states end up banning vaccine mandates, there could be major clashes that might hold back contractors from work.

Clearly, with the Fifth Circuit Court of Appeals’ ruling against the OSHA ETS, it is at least more vulnerable. However, Schwab notes that the rules still have strong legal grounding.

“If you have states coming back at that and passing laws to say companies cannot mandate the vaccine, it plays out differently than OSHA, because no company has to take a government contract,” Schwab said. “There may be an argument that the federal government exceeded its powers, but that’s a tough argument.” 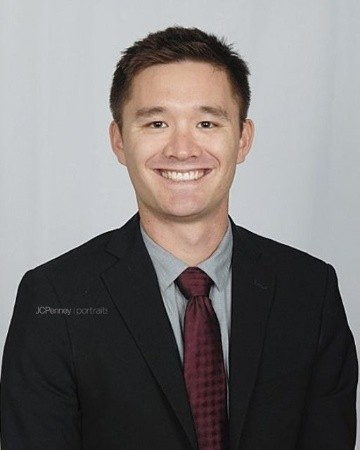 Carol Sigmond
See all experts
Recent questions other contractors have asked about
When are an owner and general contractor required to provide payment?

I am seeking solid terminology on when a retainage payment must be paid out. I have seen contradicting language and just looking for clarification. I have seen language stating "substantial completion of the project" and I have also seen language more specific to the specific work a subcontractor...

Does the new/updated Tennessee retainage law apply to contracts signed and jobs worked on prior to the change?

If we had a signed contract with a general contractor on a project and then the retainage law was updated/changed during the construction process, does the job then fall under the new updated law or does it remain with the date that the contract was executed with a...

how much retainage would it be