Thousands of contractors use Levelset to get paid faster.

Find out what you’re missing. Talk to a payment expert today.

That is what recent data from the UK suggests, and it’s supported by a bad month for Balfour on some of their public school projects in Georgia, where they had to deal with a pile of liens (i.e. bond claims) made by suppliers and subcontractors who were working with one of Balfour’s concrete subs, Crusade Construction Company.

Balfour Beatty is one of the slowest paying GCs, per UK Data

When it comes to construction payment speeds and challenges, the UK and the US are very similar.  Both are part of an industry with severe cash flow problems.  As seen in Levelset’s construction payment survey conducted with Intuit’s TSheets which we discussed in “Construction Companies Have a Cash Flow Problem, and Everyone (Even Employees) Is Paying the Price,” 92 percent of construction companies say their customers don’t always pay them on time!

One difference between the UK and the US, however, is that after the Carillion collapse in 2018, the UK construction industry has kicked into high gear to fix the industry’s late and slow payment problems, and passed a lot of payment practice reforms.

According to recent data, though, when it comes to getting paid timely, Balfour Beatty is still one of the worst general contractors for subcontractors.  In “Balfour…still taking 50 days or more to settle up,” Building.co’s review of government data shows Balfour Beatty at the top of the list among the country’s slowest payers. In Construction Enquirer’s “Industry Giants Shamed Over Late Payment,” the article outlines how Balfour is one of 17 major contractors in the UK that have been suspended or removed from the government’s “Prompt Payment Code.”

In the government’s date, Balfour Beatty takes an average of 50 days to pay its bills, only pays within 30 days in 36% of cases, and half of the time does not make payment within the agreed terms!

Does one of the world’s largest general contractors make payment difficult for its subcontractors?

But what is really true?

Balfour Beatty’s payment problems are not isolated to the sluggish payment speed in the UK. It appears they may have some struggles in the United States, too.

Here’s a look at some of the Georgia jobs with payment issues in the past few weeks alone.

The new Tally Street Elementary school project in Decatur, Georgia, is coming along in construction. In a recent article by Sara Amis in Decaturish, Decatur School Board Gets Talley Street School Update, the article has quotes from the school board’s chair, Lewis Jones, about how well the project is coming along, such as this one: “I was very impressed with how that building is coming together.”

But while things seem to be coming together on the job and the project is scheduled to open its doors soon, are the subcontractors and suppliers getting paid for their work and materials?  Is Balfour Beatty managing this project efficiently and fairly, or are they engaged in the slow payment practices that plagued them in the UK?

$250,000 worth of lien claims (i.e. bond claims) on the project by at least 2 sub/suppliers suggest that Balfour may be having trouble here.

Also in the past few weeks, over $20,000 of payment claims were filed against the new Johns Creek City Hall Municipal Complex, another Balfour Beatty job.

As this work is already completed and the city has moved into the building (i.e. see move-in information here), this is a really great example of how payment, lien, and bond claims can arise even after a project is fully completed.  And also how slow payment behaviors can string contractors and suppliers along for far too long — even long after the work is complete on the job, and the project commissioners are occupying the project!

In another Balfour Beatty public project in Georgia — the Gideons Elementary School in Atlanta — at least another $20,000 of payment and bond claims were filed against the Balfour job for failure to get the payment down the payment chain to the project’s subcontractors & suppliers.

And finally, another set of lien claims (i.e. bond claims) were filed against the Whitfield County Career Academy project in Dalton, Georgia.  This one is another Balfour Beatty project that shows problems getting payments through the payment chain quickly enough.

In these cases, slow payment speeds can really contribute to the accumulation of claims on a job like this.  If Balfour Beatty is making payments slowly to their direct subcontractor, that can put cash flow pressure on that sub which will trickle down throughout the payment chain and begin to spill over into payment problems like these. Another issue here could be administrative difficulties in the process of tracking and requesting lien waivers. Rather than pay contractors fast and manage the admin process with waivers, some contractors just hang onto the money and wait for all the claims, using those claims as the easier administrative process to handle.

While this post looks closely at Balfour Beatty projects and that company’s payment behaviors, it is interesting to notice how payment and cash flow issues in one isolated place on a job can reverberate across the industry and impact so many others. The payment claims filed on the above 4 projects are a great example of this.

Over $29,000 of payment claims were also filed against two other public jobs where Crusade was the subcontractor. This time they were Evergreen Construction jobs. One job was the McNair Middle School project in Decatur (another Decatur School System job!), and the other the Meadow Creek High School job in Gwinnett County.

3 Tips to Get Paid on a Balfour Beatty Construction Project

Government data shows that Balfour Beatty is one of the slowest paying general contractors out there. Balfour Beatty has seen a steady flow of liens and payment claims in the past few weeks. If you’re working on or supplying materials to a Balfour Beatty project, here are a few tips on how to make sure you get paid fairly and quickly:

2. Be careful when signing lien waivers

Should you sign that lien waiver?  When working on a Balfour Beatty job where payment practices and timing are in question, you may want to be extra careful when looking at the lien waiver language and when agreeing to an unconditional lien waiver early.  Furthermore, Balfour Beatty is a user of the Textura Construction Payment Management System.  Depending on how it’s used, the Textura system can be aggressive in asking for unconditional waiver signatures before payment is made, not allowing negotiation of the lien waiver language, and subjecting subcontractors and suppliers to strict terms and conditions.  You want to be extra careful when going through Textura to sign lien waivers for Balfour Beatty.  See also our review of the 5 best lien waiver online tools in the marketplace.

3. Don’t wait too long to file your lien or payment claim

Last, but not least, don’t wait too long to pull the trigger and file your lien or payment claim.  Too often, subcontractors and suppliers wait too long for payment based on promises that it’ll come soon…and then shoot right past their lien window.  You definitely won’t be the only contractor or supplier to file a lien against a Balfour Beatty job, and so don’t be too timid here. If you’re unpaid, and payment is past due, it may be time to file your claim.

Do you have a problem getting paid on a Balfour Beatty job? Go through our Payment Rights Advisor to get advice on how to best move forward. 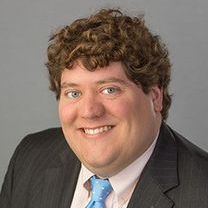 Eddie Prado
See all experts
Recent questions other contractors have asked about Mechanics Lien
Can a mechanic lien be filed against me?

Hello, We worked with a pool company to design a new pool construction for our home. The permits and design were completed and $2k were given to the pool company. The project kept getting pushed back more and more so we decided to scrap the whole thing. We...

Can one file a lien on municipal utility district (MUD) bonded project?

Can one file a lien on municipal utility district (MUD) bonded project if the developer is a private company? Would like to clarify it being a MUD project, if qualified as a public project and so therefore can not file a lien?

Where do I begin and what is the process of filing a Mechanic's lien in tangipahoa parish?

I completed work including labor and materials on a commercial building in tangipahoa parish over 46 days ago. Customer will not pay even after multiple invoices sent, notice of intent to lien, phone calls, text messages and emails.