The Architect isn’t always the most popular guy on the jobsite. I know, because I am one. And I know it often looks like I’m just being difficult and fussy, which I sometimes am. But often I’m trying to figure out how much of the work of the Contract has been done, so I can tell the Owner how much money to release down the payment waterfall. In other words, I’m trying to get you paid.

Architect roles on a construction job

During the life of a project, the role of the Architect changes. It’s actually three different jobs.

In the beginning, I’m a Designer, helping the Owner make thousands of decisions about the building’s form, purpose, structure, materials, systems, compliance with codes, etc.

But once all of these decisions have been made, the Architect becomes a Technician, preparing the many detailed drawings and pages of specifications needed to make up the Contract Documents. These are essentially an enormous set of assembly instructions for building something that’s never before been built.

And once the building has been designed and all the drawings and specs have been prepared, the Architect becomes a third thing – the Owner’s Representative.

The Architect as the Owner’s Representative

As the Owner’s Representative during construction, I have a two-fold mission.

This is why the plans and specs are collectively known as the Contract Documents as they are the basis for – and part of – the legal Contract for Construction. My main job here is to make sure the Contractor is fulfilling his part of that bargain.

The second part of the Architect’s role as Owner’s Representative is to control the money that flows from the Owner to the General Contractor, who then sends it down to the subcontractors, workers, and suppliers in the payment waterfall.

How the Architect controls the payment waterfall

To control the payment waterfall, I review Applications for Payment submitted by the General Contractor that reflect all the progress of the work to date. These Applications are typically submitted monthly, and my task is to verify their accuracy and recommend to the Owner how much of it – all or part – to pay.

The concept is simple. I’m to use my expertise and observation to make sure the Owner doesn’t pay too much of the contract cost up front. This isn’t to punish the Contractor, it’s to protect the Owner.

For example, suppose I’ve approved payments that total 75% of the Contract amount when only 55% of the work has actually been completed. Now, if the Contractor for any reason can’t finish the work (which happens all the time) the Owner doesn’t have enough money left to complete it with a new builder. There’s a 20% shortfall, because that’s how much we overpaid the first guy.

This would be a disaster for the Owner, possibly bankrupting him. And the Architect would probably have to move to another country to find work. So, the whole idea is to pay for exactly the amount of work that’s been done and withhold exactly the amount needed to complete the job.

How the Architect determines payment

To do this, the Architect relies on a couple of things. First, there’s the Schedule of Values. This is a spreadsheet prepared by the Contractor at the beginning of the job that shows the dollar value of each portion of the work.

Learn more: How the architect can change work with supplemental instruction

The Contractor’s Application for Payment shows how much of the work has been completed to date, listed as a percentage of that work’s total cost shown on the Schedule of Values.

The Architect typically makes weekly visits to observe the progress of the work. There’s a meeting with the GC and probably some subs, a schedule update, and some observations made to verify that the work is being done according to the Contract.

But a big part of that visit is to see how much of every trade’s work has been completed at that moment, including materials stored on site, submittals, and any required mock-ups that have been done. And if there have been any approved Change Orders, we’ll look for the work included in them as well.

Read more: 3 Ways the Architect Can Change a Contractor’s Work

This is why you see me on site, looking over your shoulder and jotting down notes. I do this to verify your work, because I want to pay you.

Contrary to popular belief, the Architect has no motivation to withhold more of the payment than is required. In fact, it’s in my best interest to pay it all out quickly.

For one thing, the cash flow means that the project is progressing toward completion, which is my ultimate goal.

For another – it isn’t my money. The funds I’m releasing are the Owner’s funds, set aside for just this purpose, waiting on the Contractor to spend them and the Architect to approve them.

Even the Owners are usually eager to spend the money so they can get the building put into service. In fact, if the building is a money-maker, like a hotel or a hospital, delays in completion can cost the Owner thousands of dollars in lost revenue. So while we don’t want to be ahead on payments, we also don’t want to be behind.

Architect’s Role: Getting you paid

Lastly, I want to pay you because I have the same interest you do – my own bottom line. Architects are typically paid a percentage of the contract price, not hourly. The longer a project goes on – and the more hours I have to spend on it – the less money I make.

So, like everyone involved, it is absolutely in the Architect’s best interest to keep the work going and the money flowing in order to get the building standing and ready to be occupied.

The next time you see the Architect on site, remember to make sure that the work you’ve done is documented and that the documentation is sent up the waterfall, so that the money can flow back down to you.

Was this article helpful?
2 out of 2 people found this helpful
You voted . Change your answer. 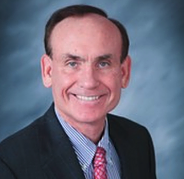 Joseph McGuiness
See all experts
Recent questions other contractors have asked about Change Orders
I have a question regarding billing for extended General conditions on a project that has been severely delayed.

I am a subcontractor on this project even though I am a general contractor, I am only providing all the light gauge metal studs and all phases of the drywall including Exterior (Dens-glass) and interior on this particular project, it's a new build from the ground up, 5...

We are a sub-sub contractor providing services to a sub on a big project. Our customer has give us multiple purchase orders/change orders to charge our services to so they are able to allocate funds on their end. Is there a need for us to send a separate...

I'm I doing the process to file a lien correct ?

I'm a Concrete Contractor, for this project we have not gotten payed, The owner says no Change Orders were signed but she agreed to them. Her checks bounced for non sufficient funds and she won't answer emails, we sent notices via certified mail and notices have been left...

Chris Poché is a licensed Architect, a filmmaker, a long-time New Orleanian, and a father of three. He has worked on conception, design, and construction of over $100M worth of projects locally, nationally, and internationally. He has extensive experience with highly technical and complex projects, leading teams of designers, engineers and consultants from concept through completion with a history of bringing projects in on-time and in budget.