It’s obvious that we love the lien instrument here at the Construction Payment Blog. Our readers and clients probably don’t share this sentiment, however. Rather than loving the instrument, they probably just love the effect it has:  Getting them paid.  For this reason, they understand (correctly) that the lien is just one credit and collection tool among many.

Last week, I touched upon this in an article titled “Creative Options To Secure A Party’s Promise To Pay.”  This article discusses options a credit manager has if they “really really really don’t want to file a mechanics lien.” While pitched as alternatives to mechanics lien or bond claim protection, these options are available in addition to those remedies as well.

Nevertheless, one thing not discussed there or surprisingly anywhere else on this blog is penalty statutes available in most states which penalize a contractor for misapplication of funds. These penalty statutes can create huge leverage for your company when trying to get paid.

How Do “Misapplication of Funds” and Non-Payment Penalty Statutes Work?

Disclaimer: This post is going to discusses these statutes very broadly. It is important to review the law in your particular state to see if these statutes exist and determine how they work.

State legislatures and state public policy are very interested in making sure this type of misapplication of funds does not happen. Mechanics lien laws are crafted to deal with the consequences of such payment misapplication by allowing victims to file mechanics lien claims. Most states also have penalty statutes to penalize the party who misapplies funds.

[pullquote style=”left” quote=”dark”]Before qualifying to recover the penalties, interests and attorney fees, however, statutes usually require you to make a formal demand upon the non-paying contractor.[/pullquote] These laws – frequently referred to as “Prompt Pay Acts” – require contractors (including subcontractors who hire subs and suppliers) to pay their sub-tiers within a defined period of time from when they receive payment.  The payment period is usually between 7 – 20 days, and the payments must usually be in proportion to the payment received by the paying contractor for the work.

If the paying contractor doesn’t make the required payment within the require period of time, the prompt payment statutes will impose a penalty for the violation.

Before qualifying to recover the penalties, interests and attorney fees, however, statutes usually require you to make a formal demand upon the non-paying contractor, giving it an additional period of time to take corrective action and make the payment.  If you don’t send this notice, you’ll be out of luck in requesting the penalties.

The Intersection Between Mechanics Lien Laws and Prompt Payment Statutes

These prompt payment statutes sound pretty powerful, right?  Why in the world would you still need to file a mechanics lien?

Managing credit and collections is a mix-and-match environment. Every circumstance is unique and needs an unique remedy.  Sometimes, the prompt payment statute play is going to be the leverage you need to get paid, but other times, it just won’t do.

At the end of the day, the prompt payment statutes still rely on the paying contractor being solvent (if it is misappropriating funds, not likely), and it relies on a potentially expensive and drawn-out legal proceeding against that party.  Unfortunate, but true.  I’ve practice construction law for quite some time now and I’ve NEVER EVER seen a contractor receive demand for non-prompt payment penalties and fork over the cash.  It doesn’t happen.  You’ll never see that money unless you go toe-to-toe in court.

The mechanics lien, however, creates an instant problem for the contractor and others on the project, and it secures your unpaid receivables.  Security is much better than a threat, although sometimes, the threat will do. 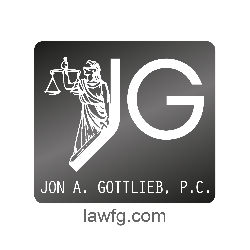 How do I get paid?

I’m building a house for my mother’s boyfriend. He is his own contractor. But I have overlooked the entire project. We have come down to putting the roof on the house and with the prices I quoted in April 2020 and where the lumber prices are now has...

We still have not been paid on this job. Finished over a year ago. Looking for advice/action