A123 Systems LLC, a Michigan-based energy storage manufacturer and developer, was hit with a $2,079,519 construction lien on July 15. The lien claimant, Morgan/Harbour Construction, alleges A123 has failed to pay the multi-million dollar amount for labor and materials provided as part of improvements made to the battery company’s new headquarters in Novi, Michigan.

Lien Filing and Other Litigation

Morgan/Harbour’s construction lien filing arises from work the contractor completed on May 19, 2020. The materials and labor provided involved improvements made to A123’s 150,000-square-foot headquarters, a facility with a $40 million price tag, which houses all corporate and manufacturing operations. According to the lien filing, Morgan/Harbour’s total contract amount, including extras, was $32,755,999, of which they’ve only been paid $30,676,480.

Consistent with Michigan’s construction lien laws, the lien will be effective for one year, during which time Morgan/Harbour will need to either release the lien or file a foreclosure action, a litigation A123 is already facing.

On June 8, subcontractor Doublejack Electric Co., Inc. filed a foreclosure in Oakland County court against A123 Systems pursuant to a lien arising from work completed on March 4, 2020.

The labor and material Doublejack provided on improvements to A123’s Novi headquarters totaled $5,749,368. The company claimed they were only compensated $5,392,788 and filed a lien on the $356,579 deficit, plus costs, interest, and attorney’s fees on March 25.

A123 Bankruptcy and Layoffs

A123 is not inexperienced when it comes to legal actions on financial liabilities. In October 2012, facing quality concerns as well as the business failure of one of its prime clients, Fisker Automotive, the energy storage company filed Chapter 11 bankruptcy.

As part of its reorganization, A123’s went to auction, and on January 28, 2013, Chinese corporation Wanxiang purchased the preponderance of its assets for $256.6 million. At that time, A123 Systems had over 3000 employees.

Since then, the company has closed two facilities and downsized to only a few hundred employees. A123’s transition into the Novi headquarters, which began at the end of 2018, was part of a consolidation effort which saw the closure of its Livonia and Romulus, Michigan facilities, matched by the elimination of hundreds of jobs.

The new Novi headquarters, envisioned as an “epicenter of engineering” that “grows our engineering workforce” by A123 Systems CEO Jason Forcier, is now plagued by a foreclosure action and a multi-million dollar lien filing, dampening its new-facility sheen and building on its embattled financial history. 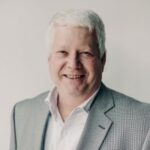 Luke Levenson is a journalist and copywriter based in Nashville, Tennessee. He has written about construction and other industries for several national publications, including Civil & Structural Engineering Magazine and Rolling Stone.