Thousands of contractors use Levelset to get paid faster.
Find out what you’re missing. Talk to a payment expert today.
Get a call Every Friday, we select a few articles from the week that we think are worth your time as a construction financial manager (CFM). We look for compelling articles not only about financial topics, but about business, technology, and life, that challenges you to think about your role as a CFM in different ways.

Welcome back! I hope you enjoyed your Fourth of July.

District Court (and one word) Gives Chicago Cubs a Win It’s been 106 years since the Chicago Cubs won a World Series title — the longest championship drought of any major American sports team. Luckily for the ball club, their fortunes in the courthouse are brighter.

In April, the Northern District of Illinois decided in favor of the Cubs in a suit involving the renovation of Wrigley Field (the second-oldest stadium in the country). The suit rested on one word in a contract the Cubs had with neighboring businesses, from the following provision:

The Cubs shall not erect windscreens or other barriers to obstruct the views of the Rooftops, provided however that temporary items such as banners, flags, and decorations for special occasions, shall not be considered as having been erected to obstruct views of the Rooftops. Any expansion of Wrigley Field approved by governmental authorities shall not be a violation of this Agreement, including this section.

See if you can guess which word: Read here to see the answer Have you ever had a payment dispute? You’re not alone.

For the second year running, the number one reason for disputes was “Errors and/or omissions in the contract document.” As evidenced by the Chicago Cubs’ contract provision above, clarity is key, and loose ends can come back to bite.

Specific contract language is especially important for those with less leverage, at the bottom of the contracting chain. According to the report, “In Europe and the US, many contracts secured after 2008, when business was scarce, are based on rock bottom prices and feature a significant additional transfer of commercial risk to the supply chain. Projects like these often create the conditions for disputes.”

The North American section is only 2 pages, and worth a glance: View the report for the full picture

What to Look for in Equipment Rental Agreements Speaking of contract provisions, equipment rental contracts were the topic of conversation at Construction Executive a couple weeks ago.

Alexander Barthet writes specifically about indemnity and “hold harmless” clauses. Typically, the general contractor indemnifies (releases of liability) the owner of losses or damages, and the subcontractor indemnifies the GC, and so on. (This is not much different than the financial risk-shifting that occurs on construction projects.)

Though it may fly in the face of convention, Barthet reminds readers that indemnity provisions are on the negotiating table while drafting contracts. View Barthet’s article for tips with reading and preparing equipment rental contracts. 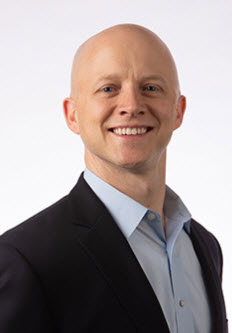 Phil Truax
See all experts
Recent questions other contractors have asked about Slow Payment
Can I file a lien, or have I waited too long?

My company was hired to do a job at a public university in Oxford Ohio to supply landscape materials "Turf Grass Sod" the Job started August 10th, 2022 and our last delivery was dated October 10th, 2022. Payment terms for this job were Net 30 so the billing...

I work as a subcontractor in Colorado. The company I work for pays me every two weeks,they pay a percentage of each job at their discretion so my direct deposits are never same amount as contracts say? I get no reciept of what job I was paid for...

Should one demand letter be sent for multiple invoices?