General Contractor Asking You To Not Send Preliminary Notice? Is That Legal?

At the Construction Financial Management Association’s Annual Conference in Las Vegas, we encountered a very large general contracting outfit who has a lot of financial risk shifting procedures in place. They employ strict subcontractor prequalification requirements and dictate the contract terms to insulate their company from financial risk. While pushing more and more financial risk off their back and doing business completely on their own terms, they tout that they are “all about relationships.”

And when it comes to mechanics lien rights and exposure they have an interesting, but perhaps illegal, policy. They tell subcontractors and vendors that they don’t do business with companies who send preliminary notices.

Is this legal? And is the general contractor protecting themselves, or opening themselves up to more uncertain financial risk?

Is A GC’s Demand to Subcontractors To NOT Send Preliminary Notices Actually An Illegal “No Liens Clause?”

The mechanics lien and bond claim laws exist to protect subcontractors and suppliers against financial risk shifting practices by the top of chain parties, such as the general contractor, owners, and lenders. These laws are primarily in place because of the problematic position that lower tiered parties find themselves. The top of the chain dictates the terms of the contract and controls the flow of cash. Liens and security rights are a legal counter balance to this reality.

Obviously, the top of the contracting chain doesn’t like liens and security rights very much. They started installing “no lien clauses” in their contracts (Where You Cannot Waive Lien Rights Before Payment). They employ contingent payment provisions like pay-when-paid and pay-if-paid clauses, and a number of other financial risk shifting mechanisms.

The general contractor uses the power of its position as business provider to influence subcontractors into “giving up” their lien rights by electing to not send a preliminary notice. I ask, however, isn’t this the same thing as including an illegal “No Liens Clause” in the subcontract? Legislatures, understanding the nature and purpose of the lien protections, continue to pass law after law to nullify these “top of the chain” practices. They invalidate pay if paid clauses as unenforceable, and they invalidate no lien clauses as void and unenforceable.

I ask, however, isn’t this the same thing as including a “No Liens Clause” in the subcontract?

Everyone has heard the saying “who you are speaks so loudly, I can’t hear what you’re saying.”  This is a relevant phrase when thinking about the definition of “relationship” in the context of the construction industry, and specifically the business relationships between general contractors and subcontractors.

At the CFMA conference, I attend a “Prequalification” panel and they commented repeatedly about how important “relationships” are in selecting and pre-qualifying subcontractors. However, when you peel back the onion on these companies and their policies, what they are doing is speaking pretty loudly. They require joint checks, they flag subcontractors when they call asking for payment after waiting 60 days post-billing, they demand customers not send preliminary notices, and they stuff their contract with contingent payment clauses and other financial risk shifting clauses.

Notwithstanding the legality of demanding subcontractors give up their lien rights…one should wonder what type of relationships can be build when such a demand is made.

If I’m the attorney representing a subcontractor who ran into problems with this unnamed general contractor, I’m going to lick my chops.

The Lien May Get Filed Anyway…And The GC, Owner, and Lender Didn’t See It Coming

The problem with this argument is that the owner and lender would be adversely affected by the general contractor’s fraudulent or illegal policy, but those problems will be tempered by the relationship between the general contractor and these other parties (i.e. the lenders and owners). Depending on the unity of that relationship, the preliminary notice exception argument would get stronger.

Accordingly, while the general contractor’s policy is an attempt to avoid their mechanics lien exposure, it may turn out that they do not avoid the exposure at all. To the contrary, they are going to be liened out of left field, without a preliminary notice being provided. The lender and the owner may or may not know about the general contractor’s practice, but unfortunately, they are going to be negatively impacted by it.

The GC Will Be Sued For Unfair Trade Practices And Fraud

The second thing I’m going to do is sue the general contractor for violating the law in requiring that the subcontractor void and give away their mechanics lien rights in contrast to the law’s prohibition against the same.  Of course, I understand why the general contractor selfishly wants this policy. However, the policy is illegal.  It is in explicit violation of the mechanics lien laws and its long-standing legislative purposes.

When the general contractor says they care about “relationships” and that you don’t need lien rights because “they pay their subs fairly,” look right though this.  Prequalify them. They are abusers, and they should be avoided. 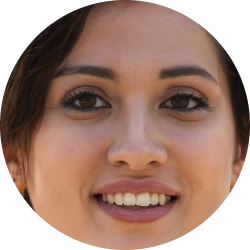 HI I WORKED FOR HOME WARRANTY COMPANY IN THE STATE OF TEXAS FOR OVER EIGHT YEARS, LAST YEAR THEY CLOSED MY ACCOUNT AND HELD MY CHECKS FOR SIX MONTHS, AFTER SIX MONTHS PASSED THE INFORMED ME THAT THEY WILL HOLD THE CHECKS FOR ANOTHER 12 TO FOURTEEN WEEKS,...

Can I file a Mechanics Lien for an amount greater than the pre-lien?

Can I file a pre lien notice

I am a subcontractor working on a large commercial job. We have not finished our work on the job, and I need to know if I send a pre - lien notice now is it still going to protect what I am owed moving forward? I am from...

Subcontractors: 4 Steps to Get Paid On Every Project

It's unfortunate, but getting paid in the construction industry is almost more of a challenge than the work itself. Fortunately,...

In contrast to many states, Nebraska does not require preliminary notice in order to preserve lien rights. However, if the...

Because of this, Levelset’s customers and users frequently find themselves in a situation where they have to explain the importance...

Everyone Must Send Preliminary Notice in Arizona

Arizona has a very strict preliminary notice requirement with zero exceptions and zero tolerance. The requirement comes from ARS 33-992.01,...

When Do General Contractors Need to Send Preliminary Notice?

There are several reasons why it’s a good idea. Perhaps the most compelling reason is that Levelset’s data shows that...

Construction Notices 101: Preliminary Notice vs. Notice of Intent to Lien

Spend any time around a construction project and there's a pretty good chance that you're going to hear the word...

How to Send Invoice Reminders With Levelset | Customer Education

Sending invoice reminders to customers gets you paid faster. But doing this consistently is hard and takes time. This short...