Congress looks poised to approve short-term government funding this week in order to avoid a government shutdown — but the lack of long-term funding has immediately had a major impact on construction in the public sector.

“We can’t start new programs. You can’t build new ships. We’re going to have to delay perhaps 100 military construction projects,” noted Pentagon spokesman John Kirby. “And when you do that, it’s not just the military installations that are affected. It’s the local communities and local businesses.”

If you’re listening to US lawmakers, this would be a good time to exercise caution on public projects.

“Oftentimes, defense programming, ship repair changes year to year,” said Senator Mark Warner. “And if you have to use last year’s budget, it will cost us jobs and frankly, cost taxpayers millions of dollars.”

Situations like these are unfortunate indicators of just how difficult it can be to work on public construction projects.

“Project cancellations are almost as common on public projects as they are on private jobs,” notes Levelset’s Tom Scalisi. “With budgets and funding controlled by taxpayers, money for projects can ebb and flow from year to year. Also, when political offices change hands, as we’ve seen this past year, projects that were once fast-tracked might slam on the breaks.”

It’s important to approach public projects with just as much attention to detail as private ones, and that includes the prequalification process. Not all public projects are guaranteed to move forward smoothly, just like those affected by the lack of a government spending bill. There are a lot of ways that a company can prequalify a public project and ensure that the project is protected — including tracking bond information and negotiating a project’s termination clause.

Contractor tip: Get a Copy of the Payment Bond If You’re on a Public Project

“Before bidding on a public project, contractors should be aware of the circumstances surrounding the project, including how it is to be funded, and if there is a likelihood of potential project disruption,” says construction lawyer Scott Grier. 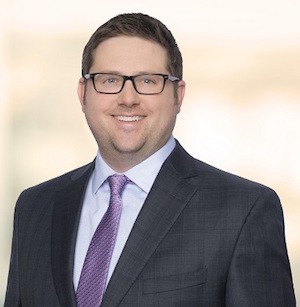 Michigan and Florida-based construction attorney Bruce Inosencio, Jr. agreed with this sentiment, noting that “While negotiating the terms and conditions of a contract, it is important to consider — and plan for — the possibility of the project being immediately shut down at no fault of any of the parties.” 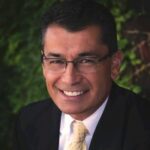 “If, for example, a project is owned by the federal government and the project ends abruptly, it would have a substantial financial impact on your business,” Inosencio continued. “How could the impact be calculated, and who is going to pay for it?”

Even with lawmakers hoping to pass a long-term bill soon, it can be important to keep abreast of the situation and keep a contingency plan ready.

“Budget wisely,” adds construction lawyer E. Aaron Cartwright III. “Every business owner is familiar with feast or famine. When you have good times, make sure you are putting funds aside for the future. Make sure that you have other projects in the pipeline or the ability to hit the ground running if a project cancels.”

Fred Bopp
See all experts
Recent questions other contractors have asked about
Can I file a mechanics lien on a property inspection company?

I have been a subcontractor for a property inspection company for over 2.5 years. Work performed in may was not paid correctly and work performed in June hasnt been paid at at all. The contractor changed his phone number and won’t answer emails. I’m owed close to 4k....

My Notice of Intent to Lien Expires

My Notice of Intent to Lien Expires in Maine in 2 days; I have filed a lien- do I need to act on the notice?