What’s the difference between inexcusable and excusable delays in construction?

While there are several types of schedule delays on a construction project, we’ll dig deeper into one: excusable delays. What makes a delay excusable or inexcusable?

Delays on a construction project common: 80% of contractors expect jobsite delays on some or all of their projects. Delays are also costly and sometimes unavoidable. The causes of these delays are all over the map and can include everything from poor planning, to an indecisive owner, or even natural disasters.

Regardless, delays have a significant impact on every single project participant — whether it be to the cost, schedule, or merely the reputation of those involved.

Generally, inexcusable delays are delays that could have been avoided relatively easily by someone on the job. As a result of the delay, the owner may be compensated for the delay — often by the GC or the prime contractor — and this may come in the form of payment of actual damages incurred, or via some other method prescribed by the construction contract.

There are many specific events that can cause a delay to occur and be categorized as inexcusable delays. Here are some examples:

The name sort of gives it away, but excusable delays are a little more understandable. They happen due to circumstances beyond the GC’s control and they’re reasonably foreseeable. When an excusable delay occurs, a contractor or sub may be given more time to complete the project.

What’s considered “excusable” will often be pretty explicitly laid out in the contract. Here are a few examples:

Delay type may depend on perspective

What if a subcontractor is delayed due to the fault of another contractor on the job? For example: What if the contractor was in charge of procuring materials for a sub and got them to the jobsite late? That subcontractor may be facing delays at no fault of their own.

It’s important to understand the type of delay so you can formulate a proper defense against a delay claim.

As you could imagine, whether a delay is critical or non-critical is probably the most important distinction. Even when a contractor or sub has caused an inexcusable delay, if the issue can be fixed without forcing a critical delay, the ship can be righted and crisis can be averted.

One popular tool to assess the impact of a critical delay is by using the Critical Path Method. This requires some preparation before the project begins, but it can pay off by keeping everyone on the same page during the job.

Whether it’s excusable or inexcusable, a delay can cause a ripple effect of problems for everyone involved. If you’re not careful, someone else’s poor jobsite coordination can affect your own bottom line. It’s important to protect your lien rights on every project. You never know when or how a delay will rear its head. Send preliminary notices, use lien waivers wisely, and always keep a close watch on your deadlines. 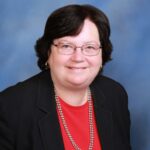 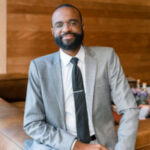 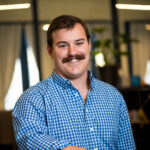 We use cookies to give you the best experience on our website.OK