Is This A Capricious Action By St Tammany Clerk Of Court?

UPDATE:  2 Days after this blog was posted and sent to the 22nd JDC Clerk of Court’s office, the recorder mysteriously and without notice to us changed their minds and cancelled the lien, apparently deciding they were wrong.

It’s a pleasure to work with many clerk of court offices. At Levelset, we should know. We work with hundreds of recorder offices across the United States.  I encountered an attitude at the St Tammany Parish Clerk of Court yesterday, however, that I’m compelled to write about.

This story should be a warning to mechanics lien claimants everywhere because you never know what you’re going to get with a recording office, and if you’re filing a mechanics lien at the last moment, it could get delayed because of an arbitrary and capricious clerk decision. It’s unfair, it’s frustrating, and its disgusting, but there’s usually very little you can do to turn back the clock and force your lien to be filed on time.

Fortunately, in this case, there isn’t a deadline problem. Nevertheless, I hope this post can serve as a warning or at least a cry for help heard by some recorders out there.  It’s just not fair to make decisions based on what you feel is the law, or based upon something you’re too lazy to research.  If you’re going to reject a document, you should know the rejection is legally substantiated.  That’s just fairness.  That’s just doing your job.

So, here is what happened.

Jeanne Roques is the department head of “Land Records” at the 22nd Judicial District Court Clerk of Court’s Office. She is a licensed attorney in the state of Louisiana (like me).

Levelset sent off a simple cancellation request to cancel a mechanics lien (called a Statement of Claim and Privilege in Louisiana).  The document was signed by an employee of our company Levelset, as an appointed and authorized agent for the company requesting the cancellation. This is a standard practice of Levelset.  Whenever the law allows an instrument to be filed by the claimant’s agent, our clients appoint Levelset as their agent to sign the instrument.

Jeanne Roques, the St Tammany clerk of court, refused to cancel the Louisiana mechanics lien because it was not signed by the owner or officer of the company requesting the cancellation.

I personally spoke to Ms. Roques about her decision, and asked her to explain why she refused to cancel the document. I asked her to identify for me what statute, rule or administrative provision required an owner or officer of a company to be the party who signed a lien cancellation. Ms. Roques’ response was troubling.

[pullquote style=”left” quote=”dark”]It appeared Ms. Roques rejected the document without knowing or consulting the law she apparently relied upon.[/pullquote] First, she could not point me to any such provision and instead asked me to point to the provision that authorized it.  Such a request is clever, and maybe a fun game for a bureaucrat, but of course it makes no sense. Essentially, Ms. Roques was asking me to cite a provision that I alleged did not exist in the first place. I contended a cancellation could be signed by an agent because an agent can act for a principal as a matter of law, unless there is a statute prohibiting the same. So, of course, there would be no need for a statute to specifically announce that something permitted as a matter of law was not prohibited.  It is not prohibited as a matter of general law.

Second, when I pressed her on the reason why she was rejecting the document, Ms. Roques stated that she “had not memorized the law,” thus excusing her from being able to provide me the source of her rejection.

Why Jeanne Roques’ Decision Is Wrong

Neither statute enumerates a specific restriction as to who can sign the document on behalf of the “person,” which of course can be an individual person or a business entity.

St. Tammany’s Ms. Roques is asserting that only a “corporate officer” of the business entity requesting the cancellation can sign the document. This specific restriction is nowhere to be found in the two statutes above-mentioned, neither are there any cases making this requirement. In sum, Louisiana law does not require lien cancellations to be signed by a corporate officer.

Care to know the icing on the cake here?

It’s a common practice for clerks and recorders to provide the general public with frequently used forms. Knowing this, I wondered if St. Tammany Parish had a lien cancellation form available for us on its website and whether the parish required an officer to sign that form. After all, I presumed the form would have been prepared with C.C. art 3366 and R.S. §9:5169 in mind.

St. Tammany Parish did publish such a form.  You can download it from our server here.  Pay special attention to the introduction paragraph where the signing party appears in the document:

This official parish form even acknowledges that an authorized representative may appear for the party requesting the cancellation.

I have a relative who hasn’t had the occasion to deal with government entities much, and he sees the world through rose-colored glasses sometimes. Presuming that people always make fair and just choices – especially in the judicial system – he would be confused as to why recorder personnel would make these type of decisions and why there weren’t repercussions for this type of action.  The answer, unfortunately, is simply that I don’t know.

I’m sure there are some type of psychological explanations for why bureaucrats take up personal crusades against certain parties who come to them to get a rubber stamp, or why they make capricious decisions like this.

In Jeanne Roques and the St Tammany Clerk of Court’s case, I’m not sure what the explanation would be. Recorders are supposed to be rubber stamps. They aren’t supposed to make legal determinations as to the legal sufficiency of a particular document.  Anyone who has contacted the clerk’s office and asked a legal question has probably gotten the “we can’t give legal advice” line.  It’s true.  They can’t give legal advice.

It seems bizarre though that they can have an attorney reviewing documents and making arbitrary legal determinations as to what is and what is not legally sufficient about a submitted document; like a lien cancellation. What is more bizarre is that the recorder would make a determination that the document is not legally sufficient based on some random requirement without any support in the law.  Where is this requirement coming from?  Why would the recorder’s office cling so sternly to it?

Again, it’s hard to know. There is a lesson here for lien claimants everywhere, however, and that’s why I write this article. It’s a lesson I alluded to at the very beginning of the post. I’ve written two blog posts in the past that refer to this lesson:

The point is this: Sometimes, recorders are arbitrary and capricious.  Sometimes, they reject documents for reasons that are not supported by law.  The law provides you a remedy — you can file a lawsuit to force the recorder to accept the document — but the remedy takes time.  This presents a lot of practical challenges to the filing party, not the least of which is that the clock continues to run against the filing party’s claim. You may have gotten your claim to the recorder on time, the claim might have been 100% valid, but if you don’t get that stamp you are going to face significant challenges to your claim.
Don’t wait until the last minute to file your claims, and when working with a county recorder, be prepared to encounter people like Jeanne Roques.
Was this article helpful?
You voted . Change your answer. 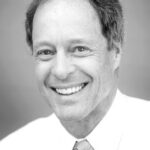 Can I file a mechanic's lien for non payment of invoice for contract pumping of oil wells?

I am a contract pumper in Reagan County Texas. I pumped wells for Endeavor Energy for many years and was paid $12,180.00 a month for contract pumping. Endeavor sold the wells that I pumped to a company called Digital Operating Company LLC on 8-2-2022 and I pumped the...

Can I file a lien, or have I waited too long?

My company was hired to do a job at a public university in Oxford Ohio to supply landscape materials "Turf Grass Sod" the Job started August 10th, 2022 and our last delivery was dated October 10th, 2022. Payment terms for this job were Net 30 so the billing...