The California construction industry is a well-regulated machine, always under the watchful eye of the CSLB. Every contractor and their business practices need to meet specific guidelines in order to continue to operate within the state — if they want to get paid for their work.

So who is the CSLB, and what are these rules? Keep reading to find out.

What is the CSLB?

The CSLB is a 15-member board with an appointed executive officer. The Governor appoints each member to the position. The board employs 400 individuals and operates on an annual budget of $60 million.

The main goal of the CSLB is to protect consumers from shoddy or dishonest contractors and ne’er-do-wells. They govern with a strict set of requirements for licensing, but they also establish trade standards, ethics, and sound business practices.

Contractor license oversight is the largest function of the CSLB. The board sets the standards and requirements for license eligibility. They also hold examinations for hopeful tradespeople in pursuit of their contractor’s license.

Ultimately, in order to protect consumers, the CSLB has the power to issue and revoke licenses for construction contractors in nearly every trade.

For instance, the CSLB requires license applicants to have a minimum of four verifiable years in their trade before they qualify to take the licensing exam. Also, the board requires them to carry insurance and bonds.

By virtue of these standards alone, consumers find some degree of protection against poor work, inexperienced contractors, and fly-by-night crews.

Not only does the CSLB work to regulate contractors, but it also educates consumers. It routinely releases consumer guides to increase awareness of the importance of prescreening and prequalifying your contractors.

The board’s website has a Consumer section full of important information, guides, and publications, as well as a “CSLB’s Most Wanted” page.

As we mentioned, the oversight of contractor licensing is the largest function of the Contractor State Licensing Board. It determines which trades need licensing, establishes eligibility requirements, reviews applications, checks into complaints, and revokes licenses.

Who needs a license?

In general, the CSLB requires all contractors to carry a license. Unless you’re working on a project with a total value under $500 (including materials), you’ll probably need a license in California. The few exceptions apply to owner-builders and some specialty contractors like security alarm and satellite installers. Also, a craftsperson supplying a finished product that does not become part of the structure is exempt.

Just about every other contractor needs one.

The CSLB issues three main types of license: Classes A, B, and C.

Class C is for Specialty Contractors like electricians, plumbers, HVAC contractors, and carpenters. There are a number of subclassifications that specialty contractors need a separate license for.

To qualify for any of these licenses, contractors need to meet the requirements established by the CSLB. In general, you need to:

There are some exceptions and credits that may apply as well.

For new license applicants, your application becomes subject to a random selection in order to verify your work experience. This is the one area where the CSLB is pretty flexible. You can use a variety of sources to verify your experience. As long as you have the experience, you should be able to find an appropriate way to prove it.

Once the CSLB approves your application, it will allow you to take the exam. The CSLB technically administers two tests: One to prove that you know what you’re doing when running a construction business (Law and Business), and the other to prove you understand the trade.

The CSLB does offer Reciprocal licenses with Arizona, Louisiana, and Nevada in some cases, so it’s worth checking into their Reciprocity page.

Often, the investigations result in restitution and disgorgement back to the consumer.

Contractors that don’t follow the guidelines set forth by the CSLB can have their licenses revoked. If you fail to pay a small claims judgment or CSLB citation, for example, the CSLB can suspend or revoke your license.

Also, failing to carry the required bonds and insurances are grounds for revocation. You also need to report some personnel changes to the CSLB, else it can suspend your license until you clear it up.

For instance, any form of advertisement, contract, subcontract, or calls for bids must include your license number. Also, the CSLB requires certain trades to display their business name, address, and license number on the side of all commercial vehicles.

Mentioning the required bonds in your advertisement is also a no-go. The CSLB feels that mentioning that you carry a bond could lead the consumer to believe they have a higher level of protection when, in reality, everyone has it.

The CSLB does not look fondly upon false advertisement.

It is a misdemeanor to use false, misleading, or deceptive advertising to induce clients to enter into improvement contracts if they might be misled or injured. It also is illegal to include in an ad for home or other improvements any false, deceptive, or misleading claims.

While false advertising is universally unacceptable, the CSLB’s stance implies it can take legal action, which could result in fines, license revocation, and possible jail time.

Homeowners, contractors, subcontractors, and employees can file complaints about both license and unlicensed contractors. These complaints can be for anything from failure to complete a project, payment disputes, and false advertising. Complaints can also include contracting on a project valued in excess of $500 without a license.

The window for filing a complaint is up to four years from the act in most cases. Complaints involving public health, elder abuse, or significant financial injury receive priority.

The CSLB has a couple of avenues to try to resolve issues between complainants and contractors. It may offer CSLB-led mediation or one of two arbitration programs (based on damage amount).

For complaints that require further investigation, the CSLB will assign an investigator. It’s the investigator’s job to determine if the contractor violated the CSLB guidelines or state law. A licensed contractor guilty of violating the law can have their license suspended or revoked, and pay up to $5,000 in civil penalties (for a first offense).

The CSLB also works with the Statewide Investigative Fraud Team (SWIFT). SWIFT’s job is to investigate complaints, including unlicensed contracting on active job sites. The team will conduct stings and sweeps, citing violations for unlicensed or uninsured contracting.

Violating the rules and guidelines set forth by the CSLB can have some severe and expensive consequences. They’ll come after you both financially and criminally.

The CSLB has the ability to cite you for violations against its guidelines and rules, and those citations often come with civil penalties.

For example, abandoning a construction project without a legal excuse is a violation of section Building and Professions Code 7107. You’ll receive a minimum fine of $200, but it could be as much as $5,000, depending on the circumstances.  Disregard of accepted trade standards, section 7109, carries similar penalties.

You have to understand that contracting without a license in the state of California is illegal. This includes working with a suspended license.

The CSLB has the ability to file misdemeanor charges against you for working without a valid license. A first offense could land you in jail for up to six months and saddle you with a $5,000 fine.

Also, be aware that using someone else’s license — or just pretending to have a license — is a felony. This brings steeper fines and longer jail sentences.

Here’s the thing: If you don’t have a license in the state of California, but you’re taking contracts on projects valued over $500, you’re rolling some very expensive dice.

California is very clear about unlicensed contractors’ rights during a payment dispute: They don’t have the right to collect a dime.

If you’re working without a license on a project, and a payment dispute occurs between you and the owner or the GC, you have no recourse for payment. Unlicensed contractors cannot file a mechanics lien in California. No breach of contract claim. Nothing.

Under state law, an unlicensed contractor cannot take any action to recover compensation unless they held a license at all times through the project. So, if you have a license but it expires or the CSLB suspends it for issues on a separate project—even if it’s only for a day—you’ll lose your payment rights on your current project.

Also, if you’re unlicensed and someone files a complaint against you, you may be subject to disgorgement — meaning, you might have to pay the entire amount back to the consumer.

Play by the CSLB rules

Avoiding trouble with the CSLB is really about playing by the rules. Yes, you need a license, but you also need to follow the board’s guidelines to ensure you’re adhering to trade standards and conducting business ethically. Most of the rules are expectations most honest contractors would want to meet anyway. Any deviation from those rules could land you in hot water.

Was this article helpful?
7 out of 8 people found this helpful
You voted . Change your answer. 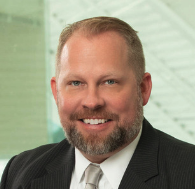 What is the penalty for somebody performing construction work w/o license, insurance, bonds, permits in Texas. A contractor being hired from a big national chain and using their brand, being back up by them didn't have anything I mentioned above and practically did everything possible wrong and out...

We were hired to do 2 separate jobs from one client. I am a GC but was hired as a sub by a GC. completed the first job (still owes $3800 on that job) started second job, plans were wrong, his plumbing subs did their part wrong (...

Will a civil judgement effect my GC license?

Hi, I'm a licensed GC here in San Antonio TX, I just recently was sued in civil court for $5,000. The homeowner messaged me to release funds to the sub, the sub-contractor misappropriated the funds and the homeowner came after me and won. What repercussions will this have...